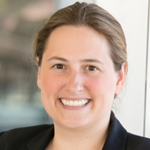 As NATO puts the finishing touches on its new Strategic Concept (expected September 2022), all eyes are on Brussels for hints as to what kind of adaptation the alliance will undergo next.

Nowhere is this truer than in the Baltics where allied governments are following developments on the strategic concept front with particular attentiveness. At issue for these capitals is how far the alliance will go in embracing the shift in focus towards China in its first new Strategic Concept in over a decade.

Some NATO members—including, but not limited to those in Eastern Europe—are reluctant to embrace the recent transatlantic emphasis on China as a strategic competitor and/or challenger that requires a coordinated political-military response from the alliance. Yet there are compelling reasons why Eastern Europe—and the Baltics, in particular—should embrace NATO’s strategic shift towards China.

Why Eastern Europe Should Get on Board

After an initially slow start, NATO has awoken to the danger China could pose to the security, prosperity and well-being of the North Atlantic region in the coming decades. The alliance first recognised this new strategic reality at the London 2019 Summit, where it acknowledged that “China’s growing influence and international policies present both opportunities and challenges” for the alliance. The November 2020 “NATO 2030” Reflection Group’s report adopted even starker language, emphasising China’s ability to exploit intra-alliance differences and “take advantage” of “individual Allies in ways that endanger their collective interests and security” and largely abandoned the “opportunities” framing.

China’s (as well as Russia’s) ability to exploit a “divide-and-conquer” strategy toward the alliance has already yielded results. To preserve the consensus which marks the real strength of the 72-year-old security partnership, NATO members must go forward together with one voice. Differences of opinion, while natural and certainly not new, should be kept private and not aired in public forums, as has become the tendency in some capitals in recent years.

Paradoxically (or perhaps, as part of a strategic calculation made in Tallinn to balance domestic and intra-alliance policies toward Beijing), Estonia and other Baltic nations have already sounded the alarm about the pernicious effects of Chinese investments and technology in the region. Earlier this year, Estonian Prime Minister Kaja Kallas called on the US and Europe to develop a joint investment project to rival China’s Belt and Road Initiative (BRI). Containing China’s growing influence in Europe, however, cannot be achieved through economic means alone. Ultimately, it will require a coordinated political-military response, which is where NATO comes in.

While it is understandable that countries on the alliance’s “front line” like Estonia fear that a transatlantic alliance more attuned to the dangers posed by China than Russia will impede NATO’s ability to deal with Moscow’s aggressive policies, safeguarding the European theatre remains NATO’s priority. Unlike during the Cold War, however, today’s strategic landscape is more crowded, with China also posing a danger to Europe.

Even before the emergence of the Covid-19 pandemic in early 2020, some of the more skittish European allies were gradually coming around to the idea that NATO had to address the elephant in the room, owing to China’s increasingly assertive foreign and economic policies. Beijing’s adoption of a more aggressive tone in its diplomatic messaging (a shift some commentators have taken to calling “wolf warrior diplomacy”) along with the regime’s human rights abuses in Xinjiang province and its crackdown on democratic movements in Taiwan and Hong Kong helped facilitate this shift in thinking in many European capitals. As did Chinese bullying tactics towards European governments and companies. Together with Beijing’s deceptive approach to information sharing early in the pandemic and ongoing attempts to hinder the World Health Organization (WHO) and other international actors from gaining a clearer understanding of the virus’ origins, these developments have forced many once-reluctant allies to confront China’s destabilising influence in the North Atlantic region and beyond. While the pandemic did not cause this new outlook, it has compounded and accelerated existing pre-pandemic trends.

China’s rise presents a number of challenges for NATO in the near to medium term. Already, Beijing’s growing economic, technological and military influence can be felt in the North Atlantic region.

While NATO is a military alliance, its members have long recognised the connection between economics and defence. State-run Chinese shipping companies already hold stakes in more than a dozen major European ports and are on the lookout for more: COSCO Shipping, one of China’s largest terminals companies, is currently in talks to acquire a stake in Hamburg’s port facilities. As part of its Belt and Road Initiative, the Chinese state is also a major investor in several European civilian road and rail (e.g. Budapest-Belgrade railway) projects. Foreign ownership of ports and other critical infrastructure nodes not only risks potentially jeopardising European military mobility but could also make it harder for the US to provide follow-on forces to Europe in the event of a crisis or wartime scenario.

Although China does not as yet pose a direct military threat to the North Atlantic region, Beijing’s growing military ties with Moscow in recent years have not gone unnoticed by Brussels. While the two countries have begun to conduct joint military exercises with increasing frequency, to date, most of these have taken place outside of the North Atlantic region. A rare exception occurred in September 2020 when Chinese forces—together with forces from several other countries—participated in a Russian-led war game known as “Kavkaz-2020” (Caucasus 2020) in Russia’s Southern Military District.[1] Chinese soldiers have also participated in Russian military drills in Siberia.

China’s growing presence in the Arctic has also caught the attention of NATO authorities. At present, Beijing’s activities appear to be mainly focused on developing economic and scientific opportunities. Nevertheless, having declared itself a near-Arctic state back in 2018, Beijing has made no secret of its ambitions in the High North. Together with Moscow, China is developing a “Polar Silk Road” centred around the exploration of Arctic natural resources like liquid natural gas. The bilateral project also entails the creation of a new major shipping freight route between Asia and Europe, dubbed the Northern Sea Route (NSR).

When China’s opaque military modernisation program and more assertive foreign policy behaviour of late is factored in, one begins to understand why Washington is increasingly anxious about Beijing’s activities and stated ambitions.

Although NATO is closer to speaking with one voice on China, it is not yet at the stage where it appears ready to act with one mind. By endorsing the alliance’s strategic shift in time for the new Strategic Concept, Baltic nations can play an important role in preparing NATO for the challenges and threats of tomorrow, today.

The alternative—Baltic disapproval of the alliance’s latest strategic turn—is unlikely to alter the course of events already underway. For all the talk of strategic autonomy in Western capitals of late, the reality remains that ever since the alliance’s founding more than 72 years ago there has only ever been one driver of alliance adaptation: Washington. Judging from the early measures adopted by the Biden administration it seems all but guaranteed that NATO will (gradually) continue to enlarge its China portfolio in the coming years.

Given this, Eastern European governments would be wise to embrace the trend, rather than seek to stop it altogether or slow it down. Policies that seek to do the latter are only likely to elicit Washington’s annoyance and risk weakening the transatlantic relationship at precisely the moment when it is about to embark on its biggest strategic challenge of the past half century.

This article was written for ICDS Diplomaatia magazine. The views expressed are those of the author and do not reflect the official policy of any current or past affiliation.