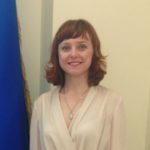 “I believe that he will be able to give an impetus to the National Reform Council and help make important changes in the life of the country,” said Zelensky. Saakashvili vowed to clean out a political “swamp” of oligarchs’ interests that he said were preventing Ukraine from prospering.

The National Reform Council is a special presidential advisory body, established in 2014 under Ukraine’s fifth president, Petro Poroshenko. Its main tasks are to implement approved government reform policies and to encourage cooperation in the country’s reform process between government bodies, civil society and the international community.

In April president Zelensky intended to appoint Saakashvili as a deputy prime minister, but did not have sufficient support from MPs in his Servant of the People party to ratify the appointment. Most of them had concerns about possible clashes with the passionate Georgian.

Mikheil Saakashvili’s return to Ukrainian politics immediately caused diplomatic tensions between Kyiv and Tbilisi. After his appointment, Georgia’s foreign minister, David Zalkaliani, announced that the government was summoning its Kyiv ambassador, Teimuraz Sharashenidze, to Tbilisi for consultations. Sharashenidze stated: “It is unacceptable that a person convicted in Georgia is appointed to a political post in a country that is a strategic partner. As for relations with Ukraine, the Georgian side will make every effort to maintain partnership relations with Ukraine and even deepen them. Our Ukrainian partners share this position. We have common views on the most important issues for us, such as Euro-Atlantic integration, de-occupation, strengthening democratic institutions, and we enter the international arena with this unity.”

Recalling an ambassador for consultations is common practice in diplomacy when problems appear in bilateral relations, although it is unprecedented in the very friendly relationship between Ukraine and Georgia. The Ukrainian foreign ministry called on Georgia not to make bilateral relations dependent on the reform process in Ukraine, describing Mikheil Saakashvili as a Ukrainian citizen with “extensive experience and significant achievements in implementing reforms that are widely recognised in the world”.

Another diplomatic incident occurred on 11 June when Saakashvili commented on the Georgian parliamentary elections scheduled to be held in October. He called on the opposition to unite before the elections and promised that he would be “on the frontline” of the political struggle to replace the current Georgian government. He said: “I’m not going to calmly watch Georgia being destroyed. I am in this struggle.” Saakashvili’s statement was regarded by the Georgian foreign ministry as interference in the country’s internal affairs and the minister said that the Ukrainian Ambassador in Tbilisi, Igor Dolgov, would be summoned to explain the incident. In the light of this, there are likely to be tensions between Ukraine and Georgia in the future, but these should be controllable.

Saakashvili’s return to the Ukrainian political arena is connected with Volodymyr Zelensky’s desire to strengthen his entourage with a man who has a positive experience of reforming the state and whose name is well known to Western partners. Zelensky is faced with a lack of professionals in his team; the resignation of Oleksiy Honcharuk’s government in March aggravated the personnel crisis. A new government was formed with three key positions vacant: the ministers of the economy, finance and energy. The fall in the ratings of both the government and the president—as well as the prospect of a recession due to the coronavirus pandemic—demanded a response. The Ukrainian president needs rapid progress on reforms, as expected by society. That is why Saakashvili’s experience made him seem the best candidate to accelerate them. Under his leadership, Georgia became the number one economic reformer according to the World Bank, moving from 127th in its Ease of Doing Business rankings to 8th. It also moved up 70 positions in Transparency International’s Corruption Perceptions Index. Saakashvili is an opportunity for president Zelensky to make qualitative changes in the country. Although his current position has less influence than that of deputy prime minister, as a charismatic politician Saakashvili has the ability to build informal influence around him. This often creates conflicts with the people close to him. In this context many experts were discussing the risks of appointing Saakashvili, but the Ukrainian president said he was not afraid that the head of the Executive Committee of the National Reform Council might one day start fighting against him, as happened with Petro Poroshenko, because Saakashvili had never been his friend. At the same time, though, he admitted that “anything can happen”.