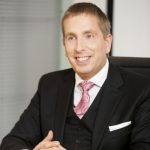 The pandemic has only amplified pre-existing trends.

The global public health crisis seems to be settling into a specific framework. In economic terms, all short-term prognoses must be very speculative, as the framework’s reach is still ambiguous and involves diametric opposites. However, it is somewhat easier to identify long-term trends. The crisis is having a negative effect on the potential productivity of economic growth, and leads to the need to tackle some issues in depth earlier than expected. It is important to understand that these problems were not created by the pandemic; they have existed in the economic structure of the developed world essentially since the last crisis, or even before. In considering the areas in which the public health crisis has strongly accentuated the ongoing issues, we must start with globalisation.

Globalisation has taken a serious hit. The first setback to the world becoming as open as it can be and to the belief that market forces are all-powerful occurred during the previous crisis, and now the trend has simply accelerated. We are not talking about rewinding the clock on globalisation in all contexts. However, clearly, both governments and companies will be reviewing their former supply chains, and security of supply will become more important than the lowest price in several fields. It is not surprising that countries attempt to produce locally everything that has to do with security and protection. It is difficult to assess the scale of this trend, as it is highly dependent on developments in international relations. However, it is clear that the tempo of structural growth in global trade will slow compared to before the crisis. In addition, local production is more expensive, and this negatively affects the potential productivity of economic growth.

The debt ratios of developed countries—a problem even before the crisis—have risen and will continue to rise. This means that the issues will only get worse, and the need to bring debt (down) to a more sustainable level will only increase in the coming years. In the 1950s and 1960s most countries increased their taxes to manage the debt accumulated during and after World War II. It is highly unlikely that we will manage to escape tax hikes this time. Unfortunately, the structural health of the developed world’s economies is not good enough for the increases not to become problematic as well. Productivity growth has decelerated, and the population is ageing relatively quickly. Given that these are the root factors impacting economic growth, the potential for increasing taxes is quite poor. In this situation, areas with a lower median age have the upper hand. The US, for example, has an advantage over Europe in this case—as it does in several other fields.

Huge budget deficits and debt ratios can prove very risky at some point. It is difficult to say today when confidence in markets will disappear, as Japan, for example, has clearly managed to survive with a high debt ratio longer than would seem logical in any situation. However, loss of confidence in markets has been shown to come about quickly. For example, during the American Civil War, the Confederate States printed money liberally to finance their campaign. This was not a problem until it became clear that they would lose. Confidence in the Confederate States dollar evaporated, resulting in hyperinflation. Today it is difficult to imagine a currency collapsing so quickly; the process would be more gradual. Then again, the case of Japan does not prove that another country or group of countries could raise its total debt astronomically high without facing dire issues.

To conclude, the public health crisis has only amplified pre-existing trends. The already problematic debt ratios are reaching a level at which the increase in risk means that private investors, at least, are looking to earn higher interest. On the other hand, central banks want to keep real interest rates negative and are therefore printing money. However, the limit on the amount of money that can be printed is set by the market—money can only be printed as long as there is sufficient confidence in the printed currency. This clearly creates strain.

It is also highly likely that political tensions will emerge; naturally, politicians and politics are fine as long as the economic “pie” is growing and ever bigger pieces can be handed out. When the pie stops growing—or even shrinks—there will be a struggle, and everyone will want to keep what was theirs. This means the end of consensual and cooperative politics, at least for some time. Thus, even if the immediate, short-term and direct economic impact of the health crisis is more moderate than anticipated, it has brought closer issues that would otherwise only have emerged in two or three years.