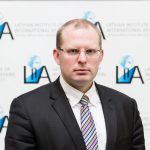 The Latvian banking system is less than 30 years old. During these three decades, the current liquidation of AB.lv banks is the fifth major crisis in Latvian banking. Although many banks have come and gone and the Latvian banking sector has been very vibrant with a hope to become a regional financial centre, every crisis has revealed a bad apple or two.

As a result of the arrival of high volumes of especially Scandinavian capital, the Latvian economy has changed the banking landscape significantly. And the current crisis is a clear example of the system where banks with structural economic importance are foreign owned, while the non-residential banking model is exercised by indigenous banks.

Several of Latvian indigenous banks have been occasionally or in case of AB.lv – almost permanently, been on FinCEN or European watch-lists indicating practices facilitating money laundering and tax evasion. The fact that many indigenous banks have managed to avoid the national, European and international anti-money laundering requirements is largely a question of investigative and monitoring capacity. Or lack of it, to be precise. The systemic impotence to oust the money laundering and tax evasion practices is the central problem with economic, political and bureaucratic roots. There is not only lack of political and institutional will to address money laundering – issues with strong leadership has been an obvious problem. Old ties and contacts with and within the former Soviet Union always served as a comparative advantage of Latvian banking business.

Business contacts and practices with the CIS countries and Russia did not disappear when Latvian joined the EU, when it joined the Eurozone, when it joined the OECD, or when the Single Supervisory Mechanism (SSM) was put in place. And now the case clearly demonstrates the shortages of the SSM  as it is responsible for AB.lv in case of liquidity problems, while the Latvian domestic Council of the Financial and Capital Market Commission and the Office for Prevention of Laundering of Proceeds Derived from Criminal Activity are responsible for investigating money laundering cases.

The Bank of Latvia has significant formal and informal role in overall monitoring of the system. That, in particular, applies to the leadership of the Bank of Latvia, Ilmārs Rimšēvičs, who has been the chairman of the board and later governor since 1992. Although “innocent until proven guilty in court” in his bribery indictment, Rimšēvičs is evidently co-responsible for the situation that money laundering is still an issue in Latvia. Hence, it is clear that perfecting the laws can be insufficient when following the regulations and implementation of regulations is the problem and has bad apples.