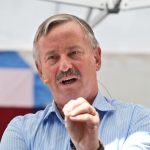 The economic chains in world trade are long and complicated, both in terms of time and space.

The US is imposing high import tariffs on steel and aluminium. This provides domestic producers with the opportunity to sells their goods to local consumers at a higher price and pay their employees better wages. At the same time, the products will be more expensive for domestic manufacturers who consume a lot of metal, like the automotive industry. The same aluminium producer who can sell their product at a higher price pays more for a car they want to purchase. Due to the higher price, the competitive strength of US cars on the global market is diminishing, while export and the economic growth resulting from it decrease. The quality of the products that are no longer in the game on the global market will worsen, which will, in turn, decrease export and the income resulting from it. This kind of reaction will emerge even without countersanctions, which won’t be conducive to export opportunities either.

The main conclusion made by politicians in the field of economy who have influenced post-World War II global economy is that consumers have the most to lose from tariff protection, primarily in the state that imposed the tariffs. When the country is large, the effect won’t be immediately visible. Imposing tariff protection also provides short-term benefits for companies who struggle with competing on the world market. Some of the voters are happy.

The first step in global free trade policy was the Bretton Woods Agreement of 1944, where one of the main questions in addition to establishing the International Monetary Fund was opening the Commonwealth market to others (primarily the US, who was behind the initiative).

There have been other trade disagreements between the US and Europe. Already in 2002, tariff protection was imposed on steel import but was dropped in 2003 owing to international (first and foremost European) pressure. During Bill Clinton’s presidency, there was a row over most-favoured-nation treatment, which Europe exercised in relation to its former colonies. However, protective measures haven’t been used thus far.

Tariff protection may seem very attractive politically. However, in the end it is very detrimental for us in Europe and the US itself.

Building fair global trade has been a strenuous process. The World Trade Organisation (WTO) was established in 1995. The US has always been the engine of free trade. What will the WTO do now? It is one thing to impose international sanctions on a small state or even on China. It is quite a different matter with the US. One thing is for certain—disagreements are more harmful to small players. This is another challenge to us in the EU. Joint policy makes us stronger. Lucky for us, the EU has a common external trade policy. If member states won’t create a mess behind the scenes, we have a good chance to come out of this as winners.