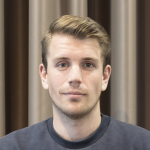 The most recent Ukrainian advances in Kharkiv Oblast prove that Ukraine can be successful in driving out the Russian aggressor. Its Western supporters must remain committed to Ukraine’s success, but as Europe prepares for winter, rising gas prices and inflation may pose serious risk to these commitments. With elections looming in Italy, the EU´s third largest economy, personnel with questionable ties to Moscow in an upcoming government should draw attention to possible rifts between Italy and the EU.

Removing the Pillar of Stability

On 25 September 2022, Italian citizens will go to the polls yet again, this time to vote in the election for the country’s eighth government in 10 years. This follows the abrupt decision by LEGA and Movimento 5 Stelle leaders Matteo Salvini and Giuseppe Conte to abandon the broad coalition government of Prime Minister Mario Draghi in July.

Draghi was appointed by President Sergio Mattarella only 18 months earlier, amidst an economic downturn accelerated by the COVID pandemic. He was chosen as a technical expert whose close ties with the EU helped to bring the country back on course to formulate and implement the necessary changes. This made Italy eligible for up to EUR 200 billion of EU economic recovery aid for its national recovery and resilience plan. Italy is the programme’s largest beneficiary.

The appointment of Draghi – a former ECB president and a cornerstone of stability during the sovereign debt crisis haunting Europe and Italy in the early 2010s – had been welcomed by governments in Brussels and across Europe. Draghi was perceived as a credible and reliable partner in a country that is known for its political instability and fast-changing political landscape.

Italy had clashed with the EU and other European governments in the past, mainly over immigration and economic policy, specifically, populist calls to abandon the euro. Thus, the Draghi government appeared to be a serious partner determined to bring Italy out of the recession and stagnation of the past years and to implement crucial reforms welcomed by Brussels.

With Russia’s brutal full-scale invasion of Ukraine in February 2022, the Italian government, often divided over questions of sanctions and arms deliveries, was held together by Draghi, who was determined to support Ukraine and insisted on standing firm alongside Italy’s NATO allies.

The government started to diversify its energy imports, as it was still reliant on Russian giant Gazprom for at least 40% of gas deliveries for Europe’s third largest economy. And although the exact numbers are currently classified, Italy has made multiple arms deliveries to Ukraine amounting to at least EUR 150 million worth of heavy machine guns, man-portable anti-tank and anti-aircraft weapons, ammunitions, protection gear and a number of towed 155mm FH-70 howitzers, making an impact on the frontlines in early May, long before other systems of equal type, such as the PanzerHaubitze 2000 delivered by other Western European allies, showed up.

The Draghi government can be regarded as the most EU- and transatlantic-friendly Italian government in a long time. And although Draghi did attempt to appease Putin via a phone call and called for a ceasefire in May, these attempts were generally in line with the perception of Italian voters, who overwhelmingly would prefer “peace” over “justice” (52% vs 16% respectively) in the war on Ukraine.

Although Draghi will remain interim prime minister until the new government has been formed, his government’s scope of action has been reduced, and it is unlikely to take bold action in response to the current crises. As European leaders Macron and Scholz were criticised for their perceived appeasement of Putin and their slow reactions, and more pro-Ukraine leaders such as Poland’s Morawiecki were wildly unpopular with liberal populations in Western and Northern Europe, Draghi represented an opportunity for a charismatic, pragmatic, and experienced voice to represent EU interests and determination in this war.

Some suggest that this government failure may have been perpetuated by the Kremlin itself, amidst evidence that Forza Italia leader Silvio Berlusconi talked to the Russian ambassador on the day he withdrew his support for Draghi’s government. While investigations into this matter remain important, it is now crucial to look forward and start preparing for what the polls suggest is coming – a right-wing coalition under the leadership of Fratelli d’Italia candidate Giorgia Meloni.

Neither Meloni nor her populist party Fratelli d’Italia, the only party not involved in Draghi’s broad coalition government, have had significant government experience. With Fratelli d’Italia and social democratic Partito Democratico the only parties currently polling above 20%, a right-wing coalition government between the Fratelli, Salvini’s LEGA, and Berlusconi’s Forza Italia appears the likely outcome of the elections, given the deep rifts among the centre and left parties of the spectrum.

Meloni herself has made a tremendous effort to soften her extreme image. From the start of the Russian invasion, Meloni has firmly positioned herself as pro-transatlantic and pro-Ukraine. Before, at a 2019 rally in Hungary, she proclaimed that “Orbán is our role model”, while her coalition partners had questionable ties to Russia and the Kremlin.

However, more recently, the right-wing coalition movement has launched a platform pledging “full adhesion to the European Integration process” and to “respect NATO commitments, including with regard to the adjustment of defence appropriation; support Ukraine in the face of the invasion of the Russian Federation; and support any diplomatic initiative aimed at resolving the conflict.” Although Italian political experts claim that her support for Ukraine and her opposition to the invasion are credible, further analysis is needed of Italy’s position vis-à-vis Russia and of Meloni’s coalition partners’ questionable ties.

Italy has traditionally been a bridge for Moscow into Europe, as Putin also reiterated in a statement just months before the 2022 invasion of Ukraine. Though Draghi’s government turned away from Russia and Putin, all of the last seven governments tried to act as “mediators” between the EU and Russia. Italy has an economic interest in cooperation with Russia.

Gazprom provides 40% of its gas deliveries, and the exact details of how this dependence evolved has been the point of an ongoing investigation called “Moscopoli”, involving, amongst others, Salvini’s former spokesman Gianluca Savoini. Ties with Russia are generally stronger in the more industrialised north of the country, the voter base for Matteo Salvini’s LEGA.

Of the 434 Italian companies with ties to Russia, 143 are located in Lombardy and another 79 in Veneto. This situation also explains the existence of the Lombardy-Russia Association, which for some time now has acted as a front for Russian interests in Italy and has repeatedly called for sanctions relief since Russia’s unlawful annexation of Crimea in 2014.

In this effort, however, the association is not alone. It is accompanied by the Italian-Russian Chamber of Commerce and the influential Confindustria. Confindustria’s and Italian oil giant ENI’s former president Emma Marcegaglia has been a prominent voice in this endeavour for years, alongside Antonio Fallico, president of Bank Intesa Russia. As of July 2022, some Italian companies, such as Giorgio Armani or UniCredit, have resumed business in Russia. Of particular interest here are also the apparently successful sanctions circumventions prior to February 2022 by Italian arms manufacturers and other equipment manufacturers. Pictures from the frontlines in Ukraine emerged in March showing Russian soldiers making advances with equipment provided by Italian manufacturer IVECO. Even though Italy’s defence cooperation is fully in line with NATO and its allies, the Italian approach to the defence industrial space appears to have been more ambiguous.

Apart from its economic interest, Italy also has a geopolitical interest in retaining friendly ties with Russia in a slightly less obvious area. Russia has for years been trying to position itself as a reliable partner for governments in the Middle East and North Africa; Italy appears to have accepted Russia in this role and made use of Russian diplomatic connections to bring Libya’s General Khalifa Haftar to the table for the 2018 Palermo conference.

Libya is an important transit hub for (illegal) migration across the Mediterranean into Italy, with severe consequences for Italian politics. Matteo Salvini’s LEGA party gained considerable political capital from the migration crisis in 2015. If Russia’s ally, General Haftar, becomes the new leader of Libya, Italy would face two Russian allies across the Mediterranean – Libya and Syria – and potentially become subject to blackmail akin of that of former Libyan dictator Gaddafi, who threatened the Berlusconi government in the 2000’s by saying that Europe would “turn black” if it did not pay Libya an annual 5 billion euros.

Having examined Italy’s strategic interests, we should now look more closely at how these are reflected in the upcoming coalition government, despite Meloni’s pledge to further support Ukraine. Even if her promises are genuine and she remains true to her word, her coalition partners Salvini and Berlusconi have an astonishing track record of Russian connections, which makes it hard for the new government to stay credible.

When the pledge of the coalition is merely to “support any diplomatic initiative aimed at resolving the conflict”, we must stay informed about the details. Salvini himself has been outspoken against arms deliveries to Ukraine, thus undermining Ukrainian military strength. He has also been known to make oblivious statements such as “I feel at home in Moscow” or proudly present himself in a T-shirt with Putin’s portrait on it. Just as concerning are some of the other figures in his party. Party members Roberto Ciambetti, Jari Colla, and Manuel Vescovi, all currently in office, joined a delegation to occupied Crimea in 2016, gladly posing in front of a sign that in bold Cyrillic letters reads “#Crimea Russia” – expressing support for the Russian annexation of Crimea.

Meloni’s other coalition partner, Silvio Berlusconi, a close friend of Vladimir Putin, claimed in 2015 that Crimea had left Ukraine through democratic and legitimate means. Meanwhile, since February 2022, he has remained conspicuously silent about Putin’s aggression against Ukraine. Salvini’s LEGA is strongly anti-sanctions, and party members’ efforts to recognise Crimea as part of Russia speak for themselves.

LEGA is affiliated with other right-wing European parties such as France’s Front National, Germany’s AfD, Bulgaria’s Ataka, Hungary’s Jobbik, and Austria’s FPÖ. All of them either have been or are suspected to have been financed by Russia. Salvini and Putin share many anti-EU views, and while staunch anti-Russia right-wingers in other countries such as Poland also share these sentiments, geopolitical realities make Salvini’s voter base less afraid of an imminent Russian invasion and therefore arguably allow for a softer stance towards Russia.

Perhaps the right-wing coalition is sincere when they say they seek “a diplomatic solution” to the war on Ukraine. However, this solution will likely be one that cedes Ukrainian territory to Russia in the interest of swiftly resuming business with Russia.

Winter in Italy is not as harsh as in Germany or Poland, but the industry in the north needs gas for energy and seeks profit. No matter how genuine Meloni’s pro-Atlantic stance may be, with Salvini as Meloni’s second man and Berlusconi right behind, the doors remain open for the Kremlin to influence Rome in the face of Russia’s aggression.

While Italy has been internally divided on many issues related to the war on Ukraine, and Draghi has committed himself and the Italian government to Ukraine’s support, the form of this support may drastically change with the election of a right-wing government that includes Salvini and Berlusconi.

Italy’s commitment to NATO in the sphere of security cooperation is unquestionable. But with Putin’s talking heads as the pillars of a new government, political support for Ukraine may mean not the restoration of Ukraine’s internationally recognised borders and reinstitution of sovereignty but rather a swift end to the war at any cost.

Ukraine’s supporters in Europe and NATO must remain attentive in the face of this changing situation and hold the new Italian government accountable to its promises and commitments. At the same time, it must be recognised that the needs of Italian industries are being heard and carry weight in Rome. Thus, creative and cooperative solutions are essential in order to avoid relying on Russia as a partner.

Filed under: CommentaryTagged with: Italy