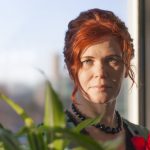 The ethos that originates from the era of the emperor and partly reflects his personality is still around today.