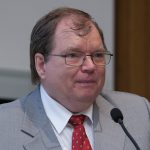 An ageing population and changes in the environment and lifestyle put more pressure on healthcare systems.

It has been such a long time since the establishment of the Estonian Genome Center that it is worth reminding ourselves how we got to where we are. An idea always needs a certain environment to develop and come to life. There were a number of prerequisites for the idea for the Center that emerged in 1999:

As a result of a broad discussion, on 13 December 2000 the Parliament of Estonia approved the Human Genes Research Act that provided the foundations for establishing and maintaining the Estonian Genome Center and has fulfilled that goal well ever since. The state allocated 1,000,000 kroons to establish a foundation for the Center. This foundation gathered an additional 4,500,000 kroons from private investors in Estonia and the US, which made it possible to build the primary infrastructure for the Center, train the staff and general practitioners, and gather the first 10,000 or so gene donors into a database with health information and blood samples.
Since additional private investors could not be found, the government decided to continue the process of establishing the Genome Center in a way that would make the University of Tartu responsible for its operation and administration, while three ministries (Education and Research, Social Affairs, and Economic Affairs and Communications) would be responsible for covering the costs of its establishment. Further costs of maintenance would be reimbursed to the University of Tartu from the state budget by the Ministry of Social Affairs. And that is how it has been. By the end of 2010, more than 50,000 gene donors had joined—that is nearly 5% of the Estonian population over the age of 18—and since then, new people have joined in smaller numbers and on a project basis.
According to the Human Genes Research Act, the University of Tartu has the following tasks as the Genome Center’s operator:

Looking back at how these tasks have been accomplished so far, it could be said that gene research has been widely promoted, mostly by the research and development facility at the Genome Center, with extensive domestic and international cooperation. Thanks to the financial support of the European Union, the Genome Center possesses world-class DNA analysis technology, which has served hundreds of research projects led by Estonian and foreign researchers in addition to facilitating a thorough analysis of donor gene samples.
Research facilities have always been an important part of Estonian medicine and, in addition to a number of other examples, in my own field I can point to the screening of newborns and the establishment, 20 years ago, of the Molecular Diagnostic Center in cooperation with the Tartu University Children’s Hospital and the Estonian Biocentre. Now, with the help of Tartu University Hospital, the Estonian Biocentre and the Estonian Genome Center have helped to implement microchip analysis and second-generation sequencing for diagnostic purposes. This is a classic example of technology transfer.
The Estonian Genome Center was a founding member of international biobank consortiums on a global (www.p3g.org) and European (www.bbmri-eric.eu) Level. We have published a considerable number of research articles in high-impact journals such as Nature, Nature Genetics, Science, The Lancet, The Journal of the American Medical Association and The New England Journal of Medicine, and have won a number of research grants from EU research support programs.
The domestic and international research conducted so far has led to the development of a research base and technological opportunities for studying the genetic variety of Estonian people and applying it in real medicine in the form of pilot projects; there are still a number of questions that need to be answered, such as the real extent of false positive and negative responses, clinical applicability, cost–income ratio, doctors’ ability to use genetic information along with decision-supporting software, and increasing people’s contribution to practising a healthy lifestyle. However, one has to get into the water to learn how to swim and this is exactly what Estonia is planning to do, since the government approved the drafting of a pilot project in December 2014; the Ministry of Social Affairs is currently exploring the possibilities of and prerequisites for starting this project in a preliminary research basis.
In the research program for the coming period, the EU has also allocated significant sums to the development of personalised medicine. For example, the end of March saw the deadline for submitting projects on the topic “Piloting personalised medicine in health and care systems”; 63 projects from around Europe, each worth up to €15 million, were submitted in the first round, of which 11 proceeded to the second round, from which two winners will be chosen in the next few months. Although the corresponding programmes in the US (the Precision Medicine Initiative) and the UK (the 100,000 Genomes Project) are better known, the Finnish Gene Atlas programme—introduced at a conference in Helsinki specially organised by SITRA, the Finnish Innovation Fund, a few weeks ago—is expected to have a very significant budget.
In this way, world healthcare is always moving towards creating decision-supporting software for doctors which, in addition to using regular health data (age, sex, body mass index, etc.), would also be able to employ genetic information—which alone has the power of prediction since gene variants generally do not change throughout life. An Estonian reference genome database has been created in the Genome Center—in July this year, it will hold the full genome sequences of 2,400 donors—and a gene-mapping analysis has been performed for over 20,000 gene donors. Using the new reference database, today we are able to significantly complement and specify the genome information of those 20,000 donors, and—when combined with the health information in the Genome Center (data collected before donors joined, as well as medical cases that have occurred since)—we can create very good algorithms for predicting the risks of disease and therapeutic effects of medications on people.
So much for the Estonian Genome Center. But why are more and more biobanks being created around the world? There are several reasons:

Smaller biobanks existed in the Scandinavian countries, the Netherlands and Germany before the Estonian Genome Center was established. The Europe-wide biobank is the European Prospective Investigation into Cancer and Nutrition (EPIC) and is hosted by the WHO’s International Agency for Research on Cancer in Lyon (ibb.iarc.fr). The UK biobank (www.ukbiobank.ac.uk), where the health information and blood samples of 500,000 people were gathered during 2006–10, was established at the same time as the Estonian Genome Center. In the near future it will complete compiling gene maps for all the people in the UK biobank.
In 1996, Iceland’s deCODE Genetics established the first private biobank, which was sold for $415 million to Amgen, a US biopharmaceutical company, in 2012. A California-based company, 23andMe (www.23andme.com), asked people to send their saliva samples and a completed short health questionnaire, and cover the expenses themselves. Nearly a million people, including a number of Estonians, have used this service; the kit is now sold in pharmacies in the UK, where anyone can buy it and have a gene map analysis prepared. In addition to providing feedback to people and for research purposes, several pharmaceutical companies have shown interest in this database. In the last few years, 23andMe has signed more than ten contracts with various companies for the anonymous use of their genetic data. (An especially large number of such transactions were made after Amgen bought the Icelandic biobank.) It appears that companies, too, are moving towards personalised medicine. Today many medications require determination of the patient’s genotype before being prescribed.
So why is it that not everyone is cheering, journals still publish sceptical articles and conferences cast doubt on the present results? The reasons are very human-centred: