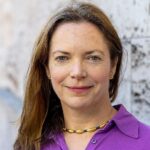 China under the Chinese Communist Party (CCP) is poised to become the world’s first technology enabled totalitarian superpower. No country will be untouched by this development, including Estonia, where a Chinese state-owned technology company Nuctech specialising in “security solutions” monitors cargo crossing the NATO border with Russia using a radiation-based technology originally copied from Europe.

A clear understanding of the Chinese political system shows why there is fundamental cause for concern in all this, and why Chinese technology should not be viewed as politically neutral.

Download and read: China’s Technological Rise: Implications for Global Security and the Case of Nuctech (PDF)