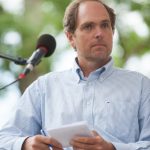 The Great White North must prepare for information warfare from Moscow

Although Toronto is home to the largest Estonian community outside Estonia, Canada seldom figures in public debate in Estonia, and the Baltic States are not very visible in Canada. This situation has recently changed for the better. In the spring, a Canadian military unit—a battalion-strength battlegroup—arrived in Latvia as part of NATO’s Enhanced Forward Presence. Since our knowledge of Canada’s foreign and security policy is limited, this article attempts to give an overview of the subject.

Seen from afar, it might seem that Canada’s foreign and security policy is to hang behind the US. Overall, it is true that the “Great White North” is the nearest and most stable partner of the US, having supported the Americans in securing the world order in every way. Nevertheless, there have been significant exceptions to Canadian support for the US, where Ottawa did not go along with Washington—for example, the embargo against Cuba and participation in the Iraq war. Canada’s approach to global affairs has similarities with that of the Nordic countries—both have a fair dose of moral idealism and are contributing with dedication to the activities of the UN, for example in development aid. A symbol of that is the sumptuous monument to UN peacekeepers in the nation’s capital. Also like the Nordic countries, Canada has a major interest in the Arctic, a region where its vital interests directly collide with those of Russia.
Canada was one of the primary contributors to NATO in the organisation’s early years. During the Cold War, one Canadian brigade and an air force unit were stationed in West Germany. In the years following the Cold War, Canadian forces have participated in international missions, among other places in Kosovo, Afghanistan and Libya. In 2014 Canada participated in the Baltic air-policing mission in Lithuania with four F-18 Hornet fighters. It is currently involved in NATO’S Icelandic Air Policing mission. Nevertheless, Canada’s defence expenditure has remained around 1% of GDP, significantly below the 2% demanded by NATO. Like many others who have not fulfilled the requirement, Canada’s government claims that a specific figure is not important; it is the substance that counts.
The ratification of the new Comprehensive Economic and Trade Agreement (CETA) was a real test for relations between Canada and the European Union. The final obstacle was posed by the parliament of Wallonia in Belgium, which stubbornly rejected the agreement until 28 October 2016. The whole drama was a cautionary sign of how difficult it will be to achieve free trade agreements with other countries in the future due to internal disputes within the EU. In light of that, there is little chance of a quick and painless agreement between the United Kingdom and EU after Brexit, as promised by British prime minister Theresa May.
Although Canada has always contributed to transatlantic relations, one should not forget that it is also bordered by the Pacific Ocean and has increasingly closer relations with China and other Asian countries (as can be seen from the increasing proportion of people of Asian origin among its population). Next year Canada will chair the G7 group of the world’s most advanced democratic industrialised states. Thanks mainly to a well-organised banking system, Canada came through the recent global recession in better shape than others.

Although Canada had moved away from European security issues (though it should be noted that it has been relatively active in the Organization for Security and Co-operation in Europe (OSCE)), Russia’s attack on Ukraine in 2014 gave rise to a new situation. Since the annexation of the Crimea, Canada has been one of the strongest and most vocal supporters of Ukraine and critics of Russia. One important factor is certainly the strong influence of the Ukrainian diaspora among the electorate. Former Canadian prime minister Stephen Harper expressed his position more bluntly than any other world leader at the 2014 G20 summit in Australia, saying to Putin’s face: “I guess I’ll shake your hand, but I have only one thing to say to you: you need to get out of Ukraine”. Canada implemented sanctions against Russia as early as March 2014, in coordination with the US. As a countermeasure, Russia introduced a visa ban on several Canadian politicians. In March 2015, Harper’s government became the second, after the US administration, to draft a so-called “Magnitsky Act” to prohibit individuals associated with human rights violations from entering the country. Canada was one of the first countries to send troops to train the Ukrainian military; 200 Canadian servicemen will be in Ukraine until at least 2019.

The Fresh Spirit of Justin Trudeau

By 2015, Canadians had had enough of the nine-year rule of Harper and the Conservatives. In November 2015 Justin Trudeau, the Liberal Party leader and a man of little political experience, was elected prime minister. His positive reputation primarily came from his father, the long-serving premier Pierre Trudeau. As with his father in 1968, the election win was followed by tremendous enthusiasm for the charismatic, handsome and youthful new premier. In fact, Justin Trudeau’s first steps really were refreshing. He formed the world’s first gender-balanced government and also enlisted minorities, for example appointing Sikh Harjit Sajjan, who was born in India and fought in Afghanistan, as minister of defence.
On foreign and security policy, questions arose over whether Trudeau would continue on the course set by Harper. Trudeau’s election promise to end the participation of Canadian fighter jets in the US-led mission against the so-called Islamic State in Iraq and Syria garnered the most attention. The foreign-policy legacy of Trudeau senior was to differentiate Canada from the US, e.g. by maintaining friendly relations with the leader of communist Cuba, Fidel Castro—which, of course, made him unpopular among Canada’s expatriate Estonian community. The younger Trudeau’s government’s first steps in world politics caused some hesitation among Estonian officials. Minister of Foreign Affairs Stéphane Dion talked about mending relations and the need for dialogue with Russia. A foreign-policy line founded on more solid principles emerged in January 2017, when Chrystia Freeland was appointed Dion’s successor, despite being on Russia’s visa ban list. Freeland, who is of Ukrainian origin, served as Moscow correspondent for the Financial Times during Boris Yeltsin’s presidency. She supports the adoption of a Magnitsky Act, the drafting of which was impeded by Dion for some time.
Canada’s greatest current concern is the outspoken and unpredictable new US president, Donald Trump, who has threatened to repeal or rewrite the North American Free Trade Agreement (NAFTA). However, this is hard to believe because the Canadian and American industrial sectors—for example, the car industry—are closely intertwined. After Trump’s election, many have turned to the north: The Economist had a front-page article titled “Liberty Moves North”, pointing out that Canada had remained open while many other countries had moved towards reclusion.
In June, foreign affairs minister Chrystia Freeland gave a policy speech in which she emphasised that Canada had to make a more significant contribution to resolving global problems, since it seemed that the US was somewhat abandoning the role of world leader. This required Canada to take more responsibility for the protection and development of international law and institutions, as well as liberal values. In that context, a new national defence framework document was presented; this sets out an increase in defence spending from the current 1.1% of GDP to 1.4% within ten years. The largest future investment is (similar to Finland) the purchase of 88 new fighter jets to replace the aging F-18 fleet.

Investment in the Baltics

Canada has historically had only a slight interest in the Baltic States. The Canadian embassy is in Riga, and Tallinn only has a branch office without resident diplomats. Economic relations are also rather modest. The largest transactions have involved Bombardier aircraft ordered by Estonian Air and Air Baltic.
The situation changed with the decision, made in July 2016 at the NATO summit in Warsaw, to enhance forward presence on NATO’s eastern flank as a response to Russia’s continuing aggression in Ukraine. The fact that Canada does not spend 2% of GDP as prescribed by NATO most probably played an important part in the government’s decision to deploy forces to the Baltic States, allowing it to show its serious contribution to NATO. One cannot deny that, when the NATO lead nation for Estonia, Lithuania and Poland had already been confirmed, Canada’s role in Latvia was the last to be established. In the spring, 450 Canadian infantrymen arrived in Latvia with their equipment and battalion headquarters. The deployment of troops has resulted in unprecedented frequent high-level meetings between at least one Baltic state and Canadian officials.
The decision to deploy troops has made Canada a target of Russia’s information warfare. In March, a revealing story was published in the pages of Canada’s main newspaper about Freeland’s grandfather, who was a newspaper editor at Krakow during the German occupation. He was labelled a Nazi collaborator as a result. This caused a momentary fuss, but it was soon understood that the article was malicious and Freeman escaped an embarrassing situation without sustaining any serious damage to her reputation. The Canadian press has also published disparaging articles about Latvia, where the situation of the Russian minority and non-citizens is criticised, and it is questioned whether Latvia even shares the same values as Canada and whether it deserves Canada’s military support.
Similar attacks can be expected. Since Canada is a diverse society and the proud homeland of multiculturalism, the topic of the Russian minority is a button that will surely be pushed repeatedly in the future. Latvians have warned that Canadian soldiers may end up in the headlines as a result of fake news, like a German soldier in Lithuania who was falsely accused of rape. Luckily, the allies have already learned from experience.