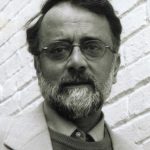 As American troops pull out of Afghanistan as part of a wider long-term US retreat from South and Central Asia, China is waiting to fill the vacuum. But is China willing to play a mediating role between the Kabul government and the Taliban, provide sufficient funds to keep the Afghan economy ticking over and broker peace between warring neighbours Afghanistan and Pakistan?

Moreover, does China have the incentive and the stamina for such a difficult role outside its borders—a role that has, in our lifetime, defeated the former Soviet Union and the United States? According to Sun Yuxi, China’s special representative for Afghanistan and Pakistan, China has just such ambitions. ”Afghanistan is facing a critical period,” he told me last December in London.
He continued, ”We are very grateful for President Ghani’s efforts because he visited Pakistan and China first to push forward the peace process. For the past 13 years, the US and NATO were playing a major role and we made our contribution and gave support to their effort but now, with the US leaving, Afghanistan is facing a very crucial period. We are ready to do more, we want to play a bigger role.”
Afghan President Ashraf Ghani has already visited Beijing and asked China to play such a role—knowing full well that where the US failed only China now has the influence to persuade Pakistan to come on board and force the Pakistan-based Taliban leadership to open talks with Kabul.
China has already established its own secret contacts with the Taliban. ”We would welcome the Taliban in any neutral venue such as in China. We will make negotiations happen, but the process must be Afghan owned and Afghan led,” Yuxi added. In fact, a two-man Taliban delegation visited Beijing secretly in November.
The delegation came from Doha in Qatar, where the Taliban have an office and where its mediators are based. The last time the office was in action was three years ago, when Germany sponsored secret talks between the Taliban and the US. However those talks ultimately failed.
China’s other aim is to make sure that all the region’s countries support its peace efforts and see China’s role in a friendly light. To that end China is building regional support through a slew of group meetings. It has established a trilateral talking shop between China, Pakistan and Afghanistan, and another with the US. China is also hosting talks between a group of regional countries called 6+1 involving the US, Russia, China, India, Pakistan and Iran (the “one” is Afghanistan). ”This group has already met twice,” said Yuxi.
Surprisingly, US officials say that Washington is not averse to a larger Chinese role in Afghanistan, if it can broker peace, keep out terrorists and help Afghanistan’s economy. In fact, Beijing has interests that directly coincide with Washington’s. China and the US are already cooperating in training Afghan diplomats, and the next step would be for both countries to host training for Afghan army and police officers.
China’s main reason for trying to stabilise Afghanistan is that it now faces a national security threat from Islamic radicals belonging to the Uighur ethnic group that live in Xinjiang province and train with the Taliban in Pakistan and Afghanistan. Some of these militants are members of the East Turkestan Islamic Movement (ETIM), which is based in both Pakistan and Afghanistan. China is now infected with its own terrorism problems emanating from beyond its borders and it is desperate to end this threat—which is why it is pressuring Pakistan and Afghanistan.
China would also like to exploit the mineral and energy resources in Afghanistan that have been identified by the US, but have gone untapped due to the continuing civil war there. ”Our broader strategy is also economic development—the construction of the Silk Road, which includes Pakistan and Afghanistan,” said Ambassador Yuxi. Chinese investments in copper mining and oil and gas drilling have so far been largely suspended because of the fighting.
China is investing billions of dollars in a road and rail transportation network that will stretch from western China to Germany via a new Silk Road crossing a dozen countries. In early March the first goods train completed a journey from eastern China to Berlin and returned home, taking three weeks. China wants to help build a route that will take just three days.
It wants to build a railway in Afghanistan to carry minerals to China and a four-lane highway from the port of Gwadar on the Arabian Gulf across the length of Pakistan to the Chinese border. Prime Minister Nawaz Sharif has already signed economic corridor projects with China amounting to US$ 45 billion over a decade.
Economic aid and money is the ultimate lure, making China’s chances of calming a region that has seen nothing but war since the Soviet invasion of Afghanistan in 1979 much greater than the Americans could offer. The US failed to build a sustainable economy in Afghanistan or convince the Pakistani army to stop backing extremism.
China’s economic plans and its need for raw materials could finally give Afghanistan and Pakistan an economic bonanza and provide the incentive to end state support for extremist violence in both countries. For any fragile nation state, it’s a once in a lifetime opportunity. Whether both nations will grasp it is still an open question.