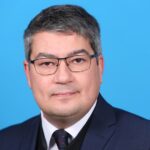 The UK’s no-deal exit from the EU would be the worst option.

In addition to the many negative consequences of Brexit, all EU member states and institutions are going through the process of a partner leaving the EU for the first time in its history. Nobody who is thinking democratically will doubt that such an opportunity must exist in the case of a voluntary union, and that those who want to leave must be allowed to do so.

We also know the terms of the agreed departure contained in the 584-page Brexit agreement between the Union and the British government. Its size and level of detail alone point to the degree of uncertainty associated with a possible no-deal exit.

From the point of view of internal security and law-enforcement cooperation, it is particularly important how future data exchange with the EU member states and respective agencies is organised. In the case of law enforcement, we are talking in particular about Europol, Eurojust and Frontex, which collect, analyse and manage police information collected from member states, other EU agencies and contractual cooperation partners.

The Need for Cooperation

In order to combat cross-border organised crime effectively, the EU needs close cooperation with the UK as much as the UK needs it with the EU and its member states. The UK has long-term experience and very valuable knowledge of fighting terrorism, which is a good platform for agreeing on a future model of cooperation in this area. More generally, the EU should also be very interested in the UK’s security capabilities in the Middle East, certain parts of Africa and Russia.

The UK has “translated” the US to continental Europe and has been the central guarantor of transatlantic cooperation. Britain has also offered a wider international criminal intelligence cooperation network, including the Five Eyes, which brings together intelligence agencies from Australia, Canada, New Zealand, the UK and the US.1

In addition, the UK’s expertise has contributed significantly to the development of Europol’s capabilities in cyberspace and the country has invested some 1.2 billion pounds in the EU’s space satellite programme, Galileo. Being left behind due to Brexit doesn’t really benefit any of the parties involved. To compensate for the emerging capability gap, the British government has substantially increased investment in developing its own national space programme.

A Question of Choices

The UK is characterised by a selective and so-called “cherry-picking” approach to EU cooperation in justice and home affairs, demanding numerous opt-outs. From the outset, it refused to join Schengen cooperation (but had the right to join if it wished). While it signed the 1990 Dublin Convention, the UK subsequently decided, by means of a protocol to the Treaty of Amsterdam, to maintain selective derogations for any joint action in the field of asylum policy.2

Similarly, while it joined the first phase of the Common European Asylum System (2004–5), the UK decided not to adopt the package of measures for the second phase (2011–13), maintaining participation in the EURODAC asylum-seeker fingerprint database and joining the Dublin III Regulation.3 The UK has generally always opposed and blocked the European Commission’s so-called migration quota initiatives and does not participate in EU relocation schemes, although it has joined relevant UN programmes.

The list of examples of selective cooperation continues. On the other hand, the UK took the initiative in supporting the creation and implementation of the Passenger Name Record database for air passengers as an important counter-terrorism cooperation measure.

Over the years, the UK has made a significant contribution to the development of Europol and is one of the biggest beneficiaries of this cooperation (participating in about 40% of cases). On withdrawing from the EU, the UK will lose its voting rights in Europol, as in other EU agencies, and will have to conclude an agreement for further (limited) cooperation.

The same applies to future participation in other forms of EU judicial cooperation and measures, such as Eurojust’s cross-border organised crime research files, of which about 15–20% are believed to have a link with the UK. Given the steady increase in the number of research files coordinated by Eurojust (see graph attached), it can be assumed that interest in and need for cooperation will continue on both sides, including the possibility of involvement in Joint Investigation Teams coordinated by Eurojust, and participation in the European Criminal Records Information System within agreed capabilities.

Significant mutual benefits also come from data exchange through the implementation of the second-generation Schengen Information System4 and the European Arrest Warrant, which has reduced the average time for the extradition of wanted persons in criminal cases to three months (compared to about ten months before). The dynamics of the volume of relevant queries are shown in the attached graph showing the benefits of data exchange for the UK and other member states.

Mutual benefit will also be created by cooperation in the framework of the Prüm Convention, a cross-border crime and counter-terrorism cooperation measure, generally receiving responses to enquiries on the fingerprints and DNA data of wanted persons and the registration details of wanted vehicles within minutes instead of weeks, as used to be the case. These are just a few examples of the scope and instruments of internal security cooperation.

According to the Withdrawal Agreement, the fate of which is still open, we will see the main focus in this area shift to the data exchange regime and data protection rules during the agreed transitional period to 31 December 2020. Article 8 of the agreement stipulates that at the end of the transitional period the UK will lose access to all information systems, networks and databases that have been established and function on the basis of EU legislation. For its part, the UK is committed to taking measures to ensure that it no longer has access to such data systems.

In order to ensure the protection of personal data (Article 71), the validity of EU data protection law in the UK has been agreed for all personal data collected and processed in databases created and operated under EU legislation during and after the transition period, ensuring an equivalent level of protection. This emphasis reflects the core approach of the UK and the US to security compared with the continental (EU) approach to data protection law and standards, and the need to protect EU citizens’ personal data in accordance with the Union’s Charter of Fundamental Rights.

The latter is an important agreement as it retains, inter alia, the jurisdiction of the Court of Justice of the European Union (CJEU) in ensuring the protection of personal data in accordance with the Charter of Fundamental Rights. On the other hand, many British politicians see the scope of jurisdiction of the CJEU as the embodiment of so-called “bad Brussels”, which infringes the UK’s sovereign constitutional rights with its supranational powers.

Article 87 of the Withdrawal Agreement sets out (with specific derogations) the right of the European Commission to sue the UK within four years of the end of the transitional period for infringements committed before the end of the period. During the transitional period, principles equivalent to other EU member states will apply to the UK. Throughout the period, British representatives may be involved in the work of EU institutions, but only in matters that concern the UK, as the Union considers necessary and without the right to vote (Article 128).

The Worst Option Would be a No-deal Exit

In general, it could be concluded that the Brexit agreement will ensure the functioning of the most important cooperation measures in the transitional period and provide additional time for the development of the future cooperation model. In this respect it is important to note that, under the agreement, the UK can request an extension of the transitional period at any time before 1 July 2020. The most harmful scenario for the parties would be the UK’s departure from the EU without a deal.

Brexit reduces the UK’s impact on EU internal security cooperation, which has more disadvantages than advantages. A positive aspect from the EU’s point of view is that Brexit may allow other EU member states to move forward more quickly with some cooperation measures, including, for example, the full launch of the European Public Prosecutor’s Office.

Brexit also increases the divergence of the criminal justice systems of the UK and EU member states, which will complicate future law-enforcement cooperation between them. To compensate for this, the UK is likely to intensify bilateral cooperation with non-EU countries, and with EU member states individually.

The interest of the parties would be served by a departure based on an agreement and the transitional period being used to agree on a model for the closest possible future cooperation.

2 The Dublin Convention laid down rules on the liability of member states in processing asylum applications.

3 See “The implications of the United Kingdom’s withdrawal from the European Union for the Area of Freedom, Security and Justice”. European Parliament Directorate General for Internal Policies of the Union, Policy Department for Citizens’ Rights and Constitutional Affairs, December 2017.

4 The UK’s involvement in the SIS system is limited (it has no access to the data of third-country citizens who are prohibited from entering the Schengen area).