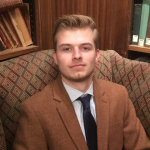 Baltic Operations, or BALTOPS, is a yearly naval exercise held for NATO members in the Baltic Sea.

This year’s edition of BALTOPS concluded last month, and while the exercises gave the Alliance a much-needed opportunity for operational practice in the Baltic Sea, they also gave us a coveted look into the capabilities NATO is currently strengthening and the contingencies that the Alliance is preparing for. This year’s sizable exercises placed emphasis on integrating air and naval power, which followed the trend seen since 2015 of NATO’s shift towardsconducting high-end warfare by enhancing anti-submarine (ASW), air defence, amphibious landing, and mine hunting capabilities.

But the BALTOPS exercises, which have the stated goal of improving interoperability between NATO naval forces and increasing the stability of the Baltic region, have not always focused on these objectives; since the end of the Cold War, BALTOPS has placed less emphasis on practicing symmetric combat scenarios in favor of preparing for counter-terrorism and peacekeeping operations. Despite breaking from these post-Cold War trends, the tactics seen in the most recent editions of the BALTOPS series are not without precedent; interestingly, the roots of these exercises can be traced directly back to those capabilities which NATO deemed most important for maintaining a decisive edge in the Baltic Sea during the Cold War. Yet even if historical tactics are being revisited by NATO today, much has changed since the collapse of the Soviet Union, meaning these same capabilities can only be effective in the modern era if used to support an updated strategy that accurately reflects current geostrategic realities in the Baltic.

But before examining parallels between past tactics and those seen in BALTOPS today, a summary of Cold War naval strategy in the Baltic Sea is necessary.

From the start of the Cold War, the Baltic Sea was both a blessing and a curse for the NATO allies. Given the sea’s geographic location, it was essentially split into two spheres of influence along the same line that divided the Warsaw Pact and NATO powers on the European continent. The eastern portion was dominated by Soviet maritime forces – primarily the Red-Banner Baltic Fleet – while the western portion was mainly patrolled by the German and Danish Navies. This division in the Baltic Sea guaranteed that NATO would have a watery expanse to contain Soviet vessels in before they could conduct amphibious assaults on Allied shores, and that the Baltic Fleet could be trapped within the Baltic Sea if the Alliance could successfully deny Soviet access to the Danish Straits. Conversely, NATO would have to confront the challenge of establishing sea lines of communication (SLOCs) to project naval power deep into Warsaw Pact waters if the Alliance hoped to launch amphibious assaults on the Soviet homeland.

Recognizing these advantages and vulnerabilities, both NATO and Warsaw Pact naval planners pursued measures uniquely tailored to this security environment. For instance, NATO relied on underwater mines to restrict Soviet access to allied shores and through the Danish straits. U.S. strategic documents from the 1980s suggest that Germany and Denmark would be primarily responsible for deploying mines around Baltic chokepoints and in the straits at the first sign of hostilities. U.S. B-52’s even practiced dropping mines into the straits from the air. Mines became so important that allies bordering the Baltic Sea specialized their navies for mine sweeping and deployment, among other tasks.

Submarine warfare also played a large role in the strategies of both sides, as subs could be used to break hostile and defend friendly SLOCs across the Baltic. Submarines were a particularly important component of the Soviet naval bastion strategy, which was adopted during the later years of the Cold War and called for setting up a defensive perimeter thousands of kilometers away from Soviet shores to prevent NATO ships from launching amphibious assaults on Warsaw Pact territories. Diesel-electric submarines, such as those most common in the Baltic Fleet, were especially adept at patrolling this perimeter and emerging from the depths to attack incoming hostile vessels should the need arise. Naturally, the Alliance invested heavily in anti-submarine warfare (ASW) capabilities, such as patrol planes that could locate and monitor these enemy subs.

The key components behind Cold War maritime strategy have clearly resurfaced today, and this is only logical. The chokepoints and shallow littorals of the Baltic Sea necessitate the use of mines to restrict freedom of movement and submarines to disrupt enemy SLOCs. The geographical positioning of friendly and hostile shores around the Baltic Sea ensures that planning for amphibious landings will continue to be a key component of all decent Baltic naval strategies. In some cases, these tactics so closely resemble their Cold War era predecessors that modern BALTOPS exercises appear to be taking pages directly out of the Cold War playbook; in 2016, one exercise saw U.S. B-52 bombers dropping inert mines into Baltic waters, a specific operation that had been planned and practiced decades before.

While the geographical realities of the Baltic Sea may ensure that today’s tactics for the region mirror those of the past, radical changes in the Baltic Sea region’s political and geostrategic environment since the fall of the Soviet Union necessitate a recognition among the Alliance that these tactics can only be effective if used to fulfill a modified strategy.

The first and most important shift that has emerged over the past two decades is the redefining of Baltic Sea spheres of influence. Whereas in the past the sea’s eastern portion was surrounded by Soviet satellites and dominated by Soviet ships, today the Baltic is surrounded almost entirely by NATO member states or neutral powers, with the exception of the Baltiysk Naval Base in the Kaliningrad enclave and the Kronstadt Naval Base in the Gulf of Finland. This suggests that Moscow will find it more difficult to project naval power deep into the Baltic and essentially impossible to maintain a defensive perimeter as far away from Russian shores as in the past. Therefore, there is more ambiguity today as to whether Russians can consider any portion of the Baltic Sea a personal “backyard” as they did during the Cold War. Furthermore, this dissolution of the east-west Baltic divide also suggests that points of past strategic importance, such as the Danish straits, will likely become less important for future strategies, whereas new chokepoints, such as the Gulf of Finland and the Baltic State littorals, may become new strategic frontiers.

Second, the Alliance’s capabilities have waned since the close of the Cold War, greatly altering the military balance between NATO and Russia in the Baltic Sea. As international focus shifted to counterinsurgency and peacekeeping, Russia was perceived to be less of a threat by the West, leading the Alliance to abandon many of its Cold War capabilities in favor of technologies specifically tailored towards asymmetric warfare. Despite NATO’s rapid change of stance in the wake of Crimea’s annexation, reversing the deterioration of the Alliance’s arsenal that has occurred over the past two and a half decades remains a challenge. For instance, during the Cold War, large squadrons of maritime patrol aircraft (MPA) flew over the Baltic Sea and other watery chokepoints, locating hostile Soviet submarines. However, since the dissolution of the Soviet Union, many NATO allies have decommissioned their MPA programs or kept outdated craft, attempting to update them with newer parts. While the Alliance recognizes the need for these MPA capabilities and the UK plans on regaining a small MPA fleet over the next decade, this example still illustrates how NATO’s modern maritime capabilities are but a shell of what they once were. To complicate matters, Russia has made sizable investments to improve and modernize its military means over the past several years, and these advancements have included a buildup of A2/AD capabilities in Kaliningrad. NATO must recognize these developments and adjust for them in future strategy-making and capability procurement decisions.

The NATO tactics practiced in the Baltic Sea today have strong roots in Cold War maritime doctrine. Much of this is out of necessity; tactics such as submarine warfare, patrol and reconnaissance, mining and minesweeping, and amphibious landings are natural tactics we would expect to see executed in the Baltic Sea’s unique landscape. However, shifts in Allied arsenal capabilities and the modern geostrategic environment mark a sharp break from the strategic situation seen in the Baltic Sea during the Cold War. NATO’s current Alliance Maritime Strategy (AMS) was published in 2011 when Russia was hardly deemed a threat, and many observers argue that it is in serious need of an update because it is outdated and insufficiently plans for the current environment. BALTOPS may be allowing NATO to strengthen its proven tactics in the Baltic Sea, but tactics are only as strong as the strategy they are used to execute. Therefore, the real challenge will be ensuring the new strategy these tactics ultimately support – AMS 2011’s successor – will sufficiently reflect the unique challenges seen in Baltic waters today.