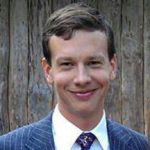 Liberal democracy is always endeavouring to reach new heights and will never be completed.

Tiit Kärner, physicist and publicist
Ideologies and parties are categorised on the basis of their position on the right–left axis, liberalism or conservativism, the nation they represent, etc. However, there is one category that is crucially important: whether we consider ourselves to be simply players on the stage of Life where the play of History is being performed, or whether we believe that we can also make the rules of the game. In the first case we must find the best way in the existing framework of rules, which presumes that we understand them. In the second case we control the entire play; we are not simply players but decision-makers who determine the rules of the game. Ilmar Vene writes in his book Pahustumine ehk Uusaja olemus (“Getting Worse, or the Essence of Modern Times”): “The modern man tossed God aside but could not give up faith and rebuild the entire system upside-down, by deifying the human being”.
The people who continued acknowledging objective rules—either divine or natural—are called conservatives. They paid for it with the narrowing of their range of choices. The creators of rules, on the other hand, got a wide playing field. They became social democrats, communists, (national) socialists, liberal democrats, etc. who fight for the ability to determine their own rules and who have only one thing in common: they oppose the conservatives. Ilmar Vene writes: “Here we comprehend the main opposition of the Modern Age to the full: the religion of humanity decidedly opposes the (natural) scientific mainstream”. The new ideologies showed their real power when they reached the masses via the print media. When everything is up to the individual, then what stops the things we desire from materialising? The individual, of course. The game is called the 20th (and 21st) century.

Milvi Martina Piir, historian and writer
There are some common characteristics in the plurality of ideologies in the context of this article. First, there are universal aspirations that it would be unfair to attribute only to liberals or democracy. The same aspirations can be characteristic of Islam, conservatism, human rights, even universal love, if we are to consider it an ideology. As all of the aforementioned phenomena are universalist, they inevitably tend to incline towards the radical end of the spectrum. Second, ideologies are logical and systematic, and usually admit to no common traits with other ideologies. The people who follow ideologies, however, are rarely completely logical and the same individual can well be a Muslim in the kitchen, conservative in the sitting room and liberal in the bedroom—if we restrict ourselves to that potential combination only.
Really, when will the individual—a curious being by nature—“grow tired” of “shifting borders” and “creating new normalities”? World history and literature show us how people try to understand their lives. The fact that individuals rebel against the norms that constitute their realities is as paradoxical as the constancy of change. Even though one might not choose one’s freedoms and relative values, most people would not be satisfied if the alternatives ceased to exist. Ideologies form a united front in this with their Universalist exclusiveness.
In the context of this article, I would word the question on whether a school of thought has emerged organically as follows: will traditional Western Christianity, which embodies “true progress”, be replaced by the allegedly radical liberal democratic “anticivilisation” that has been nurtured within Christianity, or the equally traditionalist Islam that also carries “true progress”? Despite the shortcomings of liberalism and democracy, I prefer the scenario that still allows authors to write articles so that they can “express their personal opinion”.

Hille Hanso, freelance journalist
I would like to focus on that part of Mikael Laidre’s article that is concerned with the so-called Muslim world, which the author claims is incompatible with liberal democracy due to the character of Islam. About 20% of the world’s Muslims live in Middle Eastern and North African (MENA) states that the author refers to in relation to the Arab Spring and which he deems to be in “the near vicinity of Europe”. Thus, it is too pretentious to speak about all of civilisation in this context. Nevertheless, we can discuss (without making generalisations) what Arabs—whose majority religion’s “purest form” is, according to the author, practised by ISIL—think of democracy, the Arab Spring and extremism. Let me highlight some interesting examples from the 2015 AOI (Arab Opinion Index), the largest public opinion survey in the Arab world. People from 12 states belonging to the Arab League, nearly all in the MENA region, were polled.

It is probably surprising that 72% of respondents from Arab states generally support democracy, while 22% are against it. Mikael Laidre’s claim about democracy being incompatible with Islam is fully supported (“Strongly agree”) or supported (“Agree”) by only 5% and 15% of respondents respectively. However, the majority of respondents do not agree with the claim (“Oppose”) or do not agree at all (“Strongly oppose”) (40% and 31% respectively).
It is interesting to explore how religious the respondents from Arab states perceive themselves to be. Sixty-three per cent think they are “religious to some extent”, 9% consider themselves non-religious, and 24% are “very religious”. Public opinion is quite similar in Turkey, where only the proportion of non-religious people is higher.
Arabs are more positively disposed towards democracy than we usually think. The survey states that “… 79% of Arabs believe that democracy is the most appropriate system of government for their home countries, when asked to compare democracy to other types of rule, such as authoritarian regimes or representative democracies where electoral competition is limited to either Islamist or non-Islamist/secular political parties, or to theocracies.”1
Thirty-three percent of respondents strongly agree with the statement “the government does not have the right to use religion as a means of winning public support”, while 44% agree. Only 15% disagree and 5% strongly disagree. The respondents are divided into two groups over the “separation of religion and state,” but the proportion of respondents who support this is slightly bigger.

The respondents listed a number of solutions for stopping ISIL, all of them political: “supporting democratic transition in the region (28%); resolving the Palestinian cause (18%); ending foreign intervention (14%); intensifying the military campaign against ISIL (14%); and solving the Syrian crisis in line with the aspirations of the Syrian people”.2 By the way, 89% of respondents consider the activity of ISIL negative and only 3% give a positive assessment of the “purest form of Islam”.
It can be gleaned from the survey results that a large proportion of respondents are afraid of the supremacy of both Muslim and non-Muslim political movements. The survey’s conclusions state that the public does not trust political movements in the Arab states because of their controversies, disorder and conflicts. “The lack of consensus between these two broad categories of political movements can be exploited by anti-democratic forces to agitate for a return to authoritarianism, and will therefore prove to be an obstacle on the path to democratization.”3
Naturally, there are plenty of other serious challenges in MENA states, such as the low level of popular involvement in social movements (a characteristic of authoritarian societies); the states’ controversial attitude towards Israel; corruption; deficiencies in the functioning of state authorities; unequal treatment; unequal distribution of wealth; and combining Sharia law with state laws. Instead of considering religion the source of all their problems, it would be a good time for moving on to political, social, economic and environmental analysis.

Peeter Raudsik and I published an in-depth article (entitled “Madala maa ahtake horisont” (“The narrow horizon of a lowland”)) on why Islam cannot be treated as a “thing in itself” and how other social factors influence the interpretation of Islam and life in MENA states in the 1 April 2016 issue of the weekly Sirp.
______
1 The 2015 Arab Opinion Index english.dohainstitute.org/content/cb12264b-1eca-40… 13 May 2016 2 Ibid.
3 Ibid.