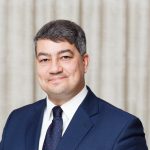 This policy paper assesses the involvement of volunteers acting in the public interest under Estonian law in the development of key characteristics of a broad security concept and reflects the main ongoing discussion points for widening their potential for ensuring collective security and public safety.

There is a significant need for volunteers in both national defence and internal security, and the authorities are looking for ways to expand the base of well-prepared and motivated human resources additionally available in emergency situations as recently experienced during Covid–19 challenge in Estonia.

National defence and internal security volunteers, such as members of the Estonian Defence League, assistant police officers, volunteer rescuers and volunteer maritime rescuers, are also an essential part of building a comprehensive chain of resilience from a cross-sectoral perspective and enhanced opportunities for civil-military cooperation planning, which also follows NATOʼs view of developing a whole-of-society approach as a principal basis for deterrence and a cornerstone of CIMIC Vision 2025.

The first chapter of the policy paper outlines the rationale and principles for involving volunteers in national security, defence and safety functions in Estonia. The second chapter examines the characteristics of such involvement and compares them with those found in countries that rely extensively on volunteers in their security sector – Austria, Finland, Denmark, Norway, Slovenia, Sweden and Switzerland.

The following chapters focus on the legal competences, the organisational arrangements for involving volunteers, and some of the factors that motivate volunteering in this sector, such as training and needful social guarantees. The overlapping demand from different state agencies for the same volunteer resources is highlighted, as well as considering some options for establishment of a so-called internal security reserve corps in Estonia.

According to amendments adopted in April 2020, security sector volunteers have some extended authority in emergency situations in Estonia. As debates in the Parliament enlightened, the proportionality between legal competences, public tasks and actual skills of volunteers should be guaranteed to avoid drawbacks in action. Thus, any significant enhancement of law enforcement powers must be reflected in the terms and conditions of specialised training and advanced qualification assessment.

In order to support this, a comprehensive competence model and a cooperation system that correspond to a broad concept of national defence should be further developed; these should include management of voluntary functions and allow for enhancing the effectiveness of voluntary resource involvement. The Policy Paper proposes that the appropriate centre for competence should bring together the training and development capabilities of the Estonian Military Academy, the Estonian Academy of Security Sciences and the Estonian Defence League School.