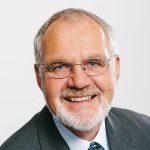 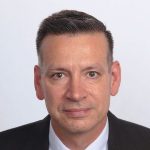 As part of its renewed focus on collective defence and deterrence, NATO is re-engaging with the maritime domain and navies are seeing greater levels of interest and investment. The states that surround the Baltic Sea have also begun to respond to new and rediscovered challenges to their maritime security, but more could be done individually and collectively.

In the period following the Cold War, as NATO and its partners engaged in crisis response operations, the focus on land and air forces led to the side-lining of maritime roles and a tendency to neglect the maritime domain—a situation that has come to be known as ‘sea blindness’. NATO’s post-Crimea defence and deterrence agenda has brought renewed focus to the maritime domain and a recognition of the need to refresh partly forgotten naval skills and concepts. In response, for example, NATO’s 2018 collective defence exercise Trident Juncture included a major naval component.

But more remains to be done, including in the Baltic region where the risk of maritime hybrid actions and the need to plan for wartime scenarios unlike those of the Cold War present a new set of challenges to local and other NATO navies. These challenges are perhaps best addressed through a cooperative regional approach. Our report, written in cooperation with our research partner, the Baltic Defence College, studies some of the issues related to maritime defence and deterrence in our region and makes recommendations for NATO and for the states that surround the Baltic Sea.

Download: To the Seas Again: Maritime Defence and Deterrence in the Baltic Region (PDF)