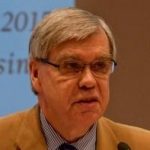 Finland understands that the time of peace dividends has come to an end.

When, in early May, the president of Finland, Sauli Niinistö, delivered the Lennart Meri lecture in Tallinn, he was asked a question about Finland’s ability to defend itself. “Once we mobilise our whole reserve, we have five thousand more men under arms than Germany can put up,” he said, to underline that Finland takes defence and security seriously. But how seriously?
In less than a year, Finnish foreign, security and defence policies have been officially outlined in many important documents.
The series of publications started in spring 2016, when a four-person panel commissioned by the government published its assessment of possible Finnish membership of NATO. This was followed in the autumn by the Government Report on Finnish Foreign and Security Policy. Finally, the Government’s Defence Report was published in February. All these reports exist in English and are readily available on the Internet.
In this article, I attempt to do three things: first, to ask what are the questions to which these documents provide the answers; second, to present a conceptual framework through which the documents can be interpreted; and third, to show how this framework can be used in the practical planning and implementation of foreign and security policy.

This is the Answer; What is the Question?

The story begins around the mid-1990s, a time of great expectations and, consequently, the “peace dividend”.
In Sweden, the conclusion was drawn that a lasting peace had descended over the Baltic Sea area for all time to come. It was decided to scale down defence dramatically and to end universal conscription and the concept of territorial defence. Sweden invested heavily in intelligence, whereby it would receive early warning should circumstances begin to change.
Although Sweden maintained a considerable air and naval defence force, its conclusions were largely ridiculed in Finland at the time for being overoptimistic. Finland decided to maintain both conscription and a defence system that would cover the entire territory of the country.
But, without much public discussion, significant changes took place in Finland as well. The size of the wartime reserve was reduced from 380,000 troops to 230,000, garrisons were closed and a large number of military personnel were laid off. This was done in the context of severe budgetary constraints, but in fact it was considered possible because of favourable changes in the political-military neighbourhood.
The most important conclusions were, however, hardly talked about in public in this context at all: it was considered that strong foreign-policy leadership was no longer necessary and that, following the collapse of communism in the east, Finland would never again face an external enemy.
The constitution was therefore changed. The powers of the president were reduced, and the protection of individual freedoms and rights, personal privacy and freedom of speech was strengthened in a way that left no legal possibility to even consider situations in which these rights might be abused to undermine national security. Soon enough, the abuse started in a big way, with the law-enforcement authorities looking on helplessly.
This was magnified by technological developments. As far as public discourse was concerned, the Internet and social media gave the nation’s enemies unprecedented opportunities to do their dirty work. But even more dangerous were the changes that took place in the military field.
A new domain of operations appeared—the cybersphere. The digitalisation of society, the dependence of technical systems on cross-border IT networks, and the interdependence and vulnerability of all systems exposed society’s vital functions to cyber-attack and psychological operations.
It also became clear that much of the traffic of military information, which was earlier delivered by radio transmissions, was being moved into digitised networks. At the same time Sweden was developing a superior signals intelligence capability, in Finland attention was being paid to the fact that the information earlier collected by monitoring radio transmissions was quickly losing its significance.
The politicians did not want to hear this, and many probably did not even understand what it was all about. Hence, for a very long time, there simply was no legal basis for military intelligence, since there was no law governing intelligence in the first place—military or civilian.
The third change became clear when Russia began to use military force, first in Georgia and then in Ukraine. The way in which the illegal annexation of Crimea was preceded by new forms of hybrid warfare made it obvious that Finland, too, was poorly prepared for this type of development.
It was unclear, however, who would initially confront the “little green men” if they some day appeared in Finland. It was clear that the mobilisation of Finnish reserves would take too long and might be vulnerable in many ways, if Finland ever had to face these new forms of military operations.
The fourth challenge had to do with the aging of important military technology. Finland’s fleet of main navy fighting vessels will be decommissioned, ground-based air defence will be phased out, and the service life of the fleet of multi-role F-18 Hornet fighters will come to an end at about the same—around the first half of the 2020s.
Preparations for their replacement and for the financing of these projects—called “Squadron 2020” for the navy and the “HX programme” for the air force—had to be initiated immediately.
There is broad political consensus that the replacements will be carried out in a way that maintains Finnish military capabilities and deterrence at current levels and which is consistent with the changes taking place in Finland’s military neighbourhood.
These are the types of question to which the official documents provide a detailed answer. Their military focus can be summarised in three categories:
1) Improving the readiness of all services
2) Replacing the capabilities to be phased out
3) Strengthening intelligence, cyber-defence and long-range strike capability.

How can the content of these documents be translated into a toolkit for practical foreign-policy operations?
The conceptual framework for this has four pillars: defence, bilateral cooperation, relations with Russia and the role of international institutions.
Defence is not understood simply in military terms. Particularly in the Defence Report, there are detailed projects for the military build-up of all traditional services, the creation of new capabilities and their interaction. But the key is the concept of “comprehensive security”.
This lays the appropriate foundations for inter-sectoral cooperation—military, border guard and civilian authorities—in the management of wide-ranging threats. Due to the increasingly complex nature of conflict, the requirements for society’s crisis resilience will be continuously monitored and assessed.
The second pillar comprises bilateral relations. The most important relationship is cooperation with Sweden, which is developing very rapidly. Not only is military cooperation developing, but the consensus now also extends to many sensitive security-policy issues, such as the development of defence cooperation within the European Union.
The third wheel in Finnish-Swedish cooperation is the US. It is in the interests of both Finland and Sweden—and, in fact, of all Nordic countries—that the Americans are well aware of what is going on between Finland and Sweden as well as in the Nordic context as a whole.
For Finland, the EU represents a security-policy choice and a community of values. Finland promotes the development of defence cooperation within the EU and supports the Union’s permanent structured cooperation and strengthening of its crisis-management planning and C2 capability.
Finland considers NATO an actor in advancing transatlantic and European security. Finland therefore promotes the deepening of cooperation under the auspices of NATO’s Enhanced Opportunities Program (EOP) and the “28 + 2” meetings. Finland uses every opportunity for training and exercises and for the development of shared situational awareness.
Finland also keeps open the option of seeking NATO membership. As Finland continues to develop its defence capability, it continues to take into account the prospects for defence cooperation and interoperability to make sure that there will be no practical impediments to possible membership in a military alliance.
Important partners for Finland in bilateral defence cooperation include the Netherlands, the United Kingdom, Norway, Poland, France, Germany, Denmark and Estonia.
Finland will also develop legal and material abilities to provide and receive international military assistance.
On the third pillar—relations with Russia—the Defence Report makes clear that Finland’s military operating environment has changed. Military activity and military tensions have increased in the Baltic Sea region. The early-warning period for military crises has shortened and the threshold for the use of force is lower.
As a result of the increasingly complex nature of war, a wide range of measures could be used against Finland, so the country must also prepare for the use of military force, or the threat thereof, against it.
At the same time, it has been repeatedly stated that Russia does not currently constitute a direct military threat to Finland. The latter is and will remain part of the international sanctions regime against Russia, but is it also both able and willing to maintain good neighbourly relations. For Finland, Russia remains an important economic partner and there exist many opportunities to develop trade relations outside the sanctions regime. It would be stupid not to utilise them.
It has also been possible to take small positive steps as a result of relationships at the highest political level; good examples include air safety over the Baltic Sea and attempts to limit the burning of black coal.
As for the fourth pillar—the international institutions—the present situation is simply sad. It is very important for small countries like Finland to be able to trust international law and the United Nations as guarantors of international peace and security. However, thanks to repeated deadlocks in the UN Security Council, this is unfortunately not possible.
The situation at the Organization for Co-operation and Security in Europe (OCSE) is not much better. Much of its early promise has never been fulfilled and its present ability to deliver services for good international and national governance has been severely undermined.

Finally, how does this four-pillar framework work in practice?
Some four years ago, the Finnish political elite reached a consensus on a very important matter: the “peace dividend” period was over, the scaling-down of Finland’s military capabilities had to be stopped, and more resources had to be put aside on a permanent basis to adapt them. A legal basis had to be created for the domestic defence of national security.
The immediate reason for this re-evaluation was Russia and its actions in Ukraine: a significant change under the third pillar caused an immediate reaction under the first.
Finland was slow to draw conclusions from the changes under the fourth pillar: it wanted to believe in the protective powers of international institutions long after they had already lost much of their significance. The conclusion was to invest quickly and heavily in bilateral cooperation.
On the basis of the documents I have analysed, the foreign and security policy outlook for Finland has been extended to reach at least into the mid-2020s. It is open, clear and transparent.
But how could the framework be operated in the future? I give one theoretical example. If there were a major shift in the third pillar—that is, if a concrete military threat materialised—the solution could be sought from the option left open in the second pillar.
In recent weeks, a lively public discussion has taken place in Finland and in Estonia on the former’s ability and willingness to help the latter in the event of a serious military crisis.
The primary aim of Finland’s foreign and security policy is to avoid becoming party to a military conflict—this is what deterrence is all about. But, should deterrence fail, I am sure that Finland and Estonia would face the future side by side.

Filed under: CommentaryTagged with: Nordic-Baltic Region