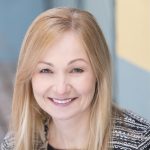 In the current geopolitical situation, with the Ukrainian–Russian conflict threatening security in the whole of Europe, the role of military organisations has become more important than ever.

In Ukraine, volunteers have played an extremely important part in standing up for the security of their families and the nation, and for the independence of their country. This poses challenges for the leaders of the voluntary organisations—it is the leaders’ responsibility to ensure smooth cooperation between the organisation and its members, as well as the skilful application of the volunteers’ potential. In this study, opportunities to maintain and enhance volunteers’ performance are analysed via the theory of psychological contracts—a theory which in the last decade has attracted greater interest among researchers all over the world. The current analysis consists of four parts. First, it introduces the concept of the psychological contract. It discusses the content of the psychological contracts of volunteers in the Danish Home Guard, followed by a comparison with the contracts of volunteers in the Estonian Defence League. The final part contains recommendations for management.

Filed under: PublicationsTagged with: Security Planning