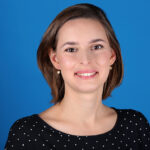 Just a week after the parliamentary elections in Russia, Germans also voted for their future parliament. For Ukraine, Germany’s relationship with Russia is the most interesting aspect of its foreign politics.

Still, when Ukrainians discuss Russia’s elections, they talk about their purely symbolic role, fraud, and the repression of the anti-Kremlin opposition. In contrast, when they discuss the German elections, they talk of what will change in Germany and what these changes might mean for Ukraine. Unsurprisingly then, Germany’s elections, not Russia’s, are seen in Ukraine as the main elections of the year.

It is already clear from the preliminary results of German elections, that Armin Laschet’s Christian Democrats (CDU) will not be the biggest faction in the future German parliament: in the worst result in the party’s history, the CDU lost more than 8% of votes compared to the previous elections. The main winners are Olaf Scholz and Social Democrats (SPD). Still, with a share of 25,7% of the votes, the SPD are only slightly ahead of the CDU.

Germans are speculating about the end of an era dominated by a couple of big parties and the start of a new era of medium-sized parties. So far, it seems that the CDU and SPD are not ready to hold coalition talks with one another. To form another coalition, either of them would have to make a deal with the Greens and the Free Democratic Party (FDP), giving these two the power to decide who – Laschet or Scholz – will become Germany’s next chancellor. Although these basic options are clear, detailed coalition negotiations will most likely take months and it is hard to predict what policies towards Ukraine will emerge from them.

Ukraine’s agenda for its relationship with Germany remains the same. It includes Nord Stream 2, sanctions on Russia, the Normandy Format, and Ukraine’s prospects for European and Trans-Atlantic integration. Below, I briefly summarise three of Ukraine’s concerns and three of its hopes for its relations with the future German government. Most of these have been widely covered by popular Ukrainian online media outlets such as Ukrainska Pravda, 24 Kanal, Glavcom, Obozrevatel, and Hromadske.

When Ukrainians consider that an SPD politician could again become German chancellor, they recall the previous SPD incumbent, Gerhard Schröder, who presently works at a high-level in the Gazprom-controlled company that owns and operates the Nord Stream Pipeline. Some current SPD politicians also seem to share Schröder’s view on the future of Russian gas supply, among them the SPD leader of Mecklenburg-Vorpommern who is lobbying for Nord Stream 2.

Another influential SPD figure, German President and former Minister of Foreign Affairs Frank-Walter Steinmeier is known in Ukraine as the author of the unpopular Steinmeier Formula and has few positive associations among Ukrainians.

It is not known how Scholz will approach Russia, but if he intends to take a firm line he will certainly have to deal with opposing forces in his own party.

Laschet has less chance than Scholz to become chancellor, but could be seen as even more of a ‘Putin-Versteher’. On the one hand, he has spoken against Russia’s annexation of Crimea and its violation of Ukrainian territorial integrity in Donbas. On the other, he was among those who warned against anti-Russian rhetoric and the demonization of Russia when it came to the poisoning of the Skripals and Navalny.

Under Angela Merkel, Germany could resist economic and political pressure from Moscow. But a new, inexperienced chancellor may be less able to build international pressure on the Kremlin or even to maintain the status quo. Germany’s economic, business, and historical ties with Russia are much stronger than those with Ukraine. The new chancellor will need to find a new balance between the pressure to collaborate with Russia and the desire to support Ukraine. Meanwhile, Moscow might have even more leverage over Germany once Nord Stream 2 is activated.

Germany’s most pro-Russian political parties – Alternative for Germany (AfD) and the Lefts (die Linke) – saw worse results this year compared to the previous elections. As no other party wants to form a coalition with AfD, it will end up in opposition with no direct influence on the policies of the future German government. The Lefts, whose results were too poor to give them strong chances to join a coalition, will most likely be in the same position.

The Greens, known for supporting Ukraine, gained votes compared to the previous elections and will likely be the second strongest party in a future coalition. They may propose Robert Habeck – one of their leaders – for the position of vice-chancellor.

In Ukraine, this is seen as offering an opportunity to intensify talks about the ongoing war in Donbas, including the possibility of providing Ukraine with defensive weapons.

Ukraine would like to see one more meeting in the Normandy Format with Merkel as chancellor, but there is hope for stability in German-Ukrainian relations even after Merkel. Representatives of the Office of the Ukrainian President have held discussions with all possible German coalition partners, including on the warranties previously given to Ukraine, and been assured that all promises would remain in force.

While the exact shape of future German politics is not clear, Ukrainian politicians do not foresee any unexpected or undesirable shifts in German-Ukrainian relations. But Ukrainians should also remember that bilateral relations with Germany are not just the responsibility of the Germans. Ukraine could also be proactive and work to broaden the agenda beyond security matters to seek meaningful and mutually beneficial cooperation for the long run.