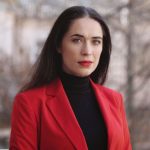 Over the course of three months, Ukraine has fought for the values that underpin NATO. Its armed forces have shown courage, strength, and ability. It deserves NATO membership just as much as Finland and Sweden, while NATO deserves a strong Ally like Ukraine.

“NATO is welcome to join Ukraine. Ukraine has an open-door policy towards NATO.” Jokes like these were very popular in March 2022, just weeks after Russia launched its full-scale invasion of Ukraine. They mocked NATO’s open-door policy for Ukraine and Georgia, echoing the wording of Alliance documents of recent years. But behind the jokes, relations between NATO and the aspirant countries are complicated.

Ukraine has intensified the pace of its efforts towards NATO membership since 2019, when the goal of joining the EU and NATO was incorporated into the Constitution. In 2020, Ukraine received the status of NATO Enhanced Opportunities Partner. And by February 2022, there were indications and hopes that Ukraine would receive special attention at the Madrid Summit in June, including clear wording in NATO’s new Strategic Concept about its possible membership.

However, since February, there have been more questions about the prospects for Ukraine’s relations with NATO than there have been visions. What had been presented as a possible obstacle – that if NATO enlarged Russia might commit acts of aggression against Ukraine – had happened even though, of course, no such enlargement had taken place. But many European politicians still failed to understand that preventing Ukraine from joining NATO, or even declining to offer the Membership Action Plan (MAP), had not avoided Russian action – they had made it more likely, as the Kremlin understood that its threats had worked.

In March, top NATO officials issued a myriad of statements explaining what NATO could not do. It could not implement a no-fly zone, could not provide military jets, and could not put boots on the ground. This was the biggest mistake of the Alliance’s strategic communications during the first weeks of the war. These statements created the image of a weak, incapable organisation. In Ukraine, memes claiming that “NATO is the most cowardly organisation” became popular and were further promoted by pro-Russian actors.

At the same time, some Ukrainian politicians had exaggerated expectations about NATO due to their misunderstanding of its capacities. These misunderstandings were amplified through widespread confusion about the Alliance’s and individual Allies’ capabilities, and the lack of decisions from NATO was perceived and presented as a failure. More and more politicians started to doubt NATO’s capabilities to assist Ukraine in the war, and even the value of pursuing integration with this ‘weak’ organisation. A sociological survey conducted biweekly by the Rating group found that support for Ukraine joining NATO rose from 62% in January to 76% in March, but by April had dropped back to 68%.

Ukraine and NATO had fallen into a vicious circle. NATO officials regularly repeated that the Alliance could not protect Ukraine because it was not a member (for many years, the same officials had often argued against providing the MAP so as not to raise risks for Ukrainian and transatlantic security). Ukraine, in its turn, argued that if NATO did not want Ukraine as a member, it should say so openly, so that Ukraine could seek alternative security arrangements.

NATO is more than Article 5

Just a few experts and politicians were able to explain that for Ukraine, the NATO process was not only about getting the Article 5 collective defence guarantee. The Ukrainian Armed Forces had gained a great deal from the reforms and training carried out to achieve NATO standards. The differences in military culture between the Ukrainian and Russian Armed Forces were evident from the very first days of the war. The readiness of mid-ranking Ukrainian officers to take responsibility (as against Russia’s rigid military hierarchy), improved coordination and communication, and the flexibility to quickly adapt to Western-provided weaponry, ensured that the Ukrainian armed forces could mount a defence that was much more durable than many European politicians expected.

The absence of clear messages about Ukraine, however, helped Russian malign influence operations in eastern European states, where doubts about NATO’s abilities to protect them are widespread. Ukraine and NATO desperately needed a change in communication strategy – a shift in messaging from what NATO could not do, to what NATO had done or could do. This shift became visible after the 24 March extraordinary NATO Summit, where in both a public statement and the text of the Statement by NATO Heads of State and Government, the rhetoric changed. But the issue of Ukraine’s membership started to be silenced.

From time to time, for almost two decades, there have been proposals to introduce a Finnish model of neutrality to Ukraine. Finland’s acceptance of a neutral status after World War II was presented as a way to secure its sovereignty and independence. The 2019 changes to the Constitution of Ukraine appeared to make such an option impossible. Nevertheless, it was raised again at the Russian-Ukrainian talks in Istanbul.

For the last two years, Ukraine’s Ministry of Foreign Affairs has talked a lot about the need to create bilateral or multilateral alliances to enhance the security of the state. The proposals have included the Lublin Triangle (Ukraine-Poland-Lithuania), the Ukrainian-Turkish Quadriga format, and the recent Ukraine-Poland-United Kingdom agreement. Initiatives like these, though, were not perceived as alternatives to NATO, but as supplements to be pursued while full membership of the Alliance was not feasible.

After the Istanbul negotiations, the media reported proposals – claimed to be Ukrainian ones – that Ukraine might agree to a neutral status and reject any perspective of NATO membership, but would in exchange receive so-called security guarantees. The reports outlined principles: that these new guarantees should be more effective than the assurances of the Budapest memorandum; that they should be stronger than NATO Article 5; and that the list of guarantors should be long. Points in the proposals about the provision of military support and heavy weaponry could not be presented as benefits, however, as Ukraine had already received such support without any security guarantees.

One immediate problem was that nobody was able to explain what was meant by “stronger than Article 5”. Very soon, states such as the UK asserted that the Article 5 principle of collective defence could only be realised within NATO. The key question remained: exactly what security guarantees could Ukraine accept that would be worth abandoning its sovereign right to choose security alliances?

A second significant issue was the list of potential guarantors. Eleven countries were named at first – Canada, China, Israel, Italy, France, Germany, Poland, Russia, Turkey, the US, and the UK – with possible additions if other countries expressed their intent. This list looked suspicious. It would be nonsense to believe in guarantees from Russia, which has violated any number of multilateral and bilateral agreements. China never guarantees the security of others and, moreover, took a quite pro-Russian stance early in the war. Italy and Israel were also deeply influenced by Russia initially and only started to slowly change their rhetoric regarding the war in May. Germany, which had blocked the supply of weapons to Ukraine before the war, and only decided to begin supplying weapons itself after two months of vigorous explanation of why it would not, was another curious addition to the list.

While this process of negotiation and the search for security guarantees was taking place, non-aligned Finland, which was always presented as an example for Ukraine decided, in the face of the Russian threat, to reject its decades-old posture and apply to join NATO. The Russian Federation thus achieved the opposite of what it had planned. Russia had identified NATO enlargement as an ‘existential threat’, but its unprovoked aggression would now lead to a greater NATO presence on the eastern flank and possibly the quickest ever accession of two new members – Finland and Sweden.

One unfortunate aspect of this development is that it has highlighted the unequal treatment of Ukraine and Finland. While the two countries share a border with the Russian Federation, and Moscow has threatened both, Finland and Sweden were encouraged to join NATO from the moment they announced their cautious reconsideration of their status, while Ukraine has spent years knocking at NATO’s supposedly open door. In April, NATO Secretary General Jens Stoltenberg said that “Finland and Sweden would be embraced with open arms should they decide to join the 30-nation military organisation and could become members quite quickly”.

Ukrainian experts naturally supported the Nordic states joining NATO, but at the same time had reasonable questions to ask. Why were Russian threats and the Russian border not considered obstacles for Finland, while they have been for Ukraine for decades? Even if the promised quick pace of accession can be explained by the high level of democratic development in Finland and Sweden and their interoperability with NATO, why have Ukraine and Georgia never heard that they too would be embraced with open arms? For the past few years, it has seemed that NATO’s doors were open, but new members were not really welcome.

Three months of war have demonstrated that the Ukrainian Armed Forces and people deserve to be part of NATO, and that the Alliance would benefit from Ukraine’s admission. Although the armed forces have for some time worked on interoperability, their rapid adaptation to and practical experience with Western-supplied weapons has accelerated their transformation enormously. Ukraine has the real war experience that many NATO member states lack. And Ukraine’s belief in democratic values and principles has been proved by its readiness to fight for them.

Three months of war have demonstrated that if you are afraid of Russia or its actions, you will lose before the fighting even starts. If you are not afraid, it is Russia that will lose. Ukraine is strong now both because of its own forces and resistance, and because it feels NATO members behind it. It is time for a paradigm shift for the NATO-Ukraine-Russia triangle. The Alliance should stop thinking about Moscow and start thinking about itself, and how much stronger it can be with Finland, Sweden, and Ukraine in its ranks.

Filed under: CommentaryTagged with: NATO, Ukraine