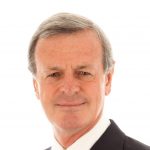 Putin’s invasion of Crimea in March 2014 and subsequent incursions by regular Russian troops into eastern Ukraine in support of separatists in Donetsk and Luhansk highlighted, at a stroke, the potential threat to the Baltic states. Not only had Putin changed the boundaries of Europe by force, the first leader since Hitler with that dubious distinction, but he also articulated his desire to ‘support’ Russian speakers everywhere. In other words: implicitly to reunite ethnic Russians in the former republics of the Soviet Union under the banner of Mother Russia.

These events highlight the reality that Russia is now NATO’s strategic adversary and this in turn means raising awareness of the potentially existential threat Putin poses to the West. So when the BBC asked me to take part in the programme I was happy to do so. And, incidentally, it is important to point out here that while the scenarios were prepared by the Director and his team in advance, none of those around the table except the Chairman, knew what was coming and none of the discussion was scripted; it was all entirely free play.

So what are my thoughts as I reflect on the film which resulted from that day of concentrated debate, discussion and mounting tension? Let me leave you with three.

First, the over-riding importance of strong and effective deterrence, both nuclear and conventional, if NATO is to deter any hint of a Russian attack. But NATO also needs to take account of Russian asymmetric or hybrid warfare – and here an effective NATO partnership with the EU on such things as border security is essential. On top of this, NATO must relearn the art and science of major warfighting. Finally, under this heading, without a permanent NATO presence in the Baltic states, there can be no effective deterrence.

Second, the discussion around the table highlighted the reluctance to implement Article 5. As one of the participants in the programme said (shamefully in my view): ‘do you mean to say we’re going to start World War Three for the sake of a population smaller than two London boroughs?’ Like it or not that is the thinking of many western Europeans. The Baltic states must understand that this thinking is not uncommon in Western Europe. To change it will require deft strategic communications.

Third, NATO and the West must rethink what nuclear deterrence means against a potential aggressor which integrates the nuclear dimension into every aspect of its thinking and planning. How credible is Trident in the face of so-called nuclear ‘de-escalation’ as practised by the Russians at the conclusion of major exercises in which NATO is the enemy? And is the notion of Mutually Assured Destruction still enough to protect the World against Armageddon?

The film which resulted is, understandably, controversial and is not comfortable viewing. However, if history teaches us anything it is that aggression must be faced up to and the issues and questions it raises must be confronted.