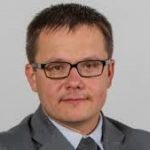 “War is the most important thing in the world,” reads the first sentence of Martin van Creveld’s most recent book.

It can be easily misunderstood; but no, Creveld does not glorify war. He draws (and even demands) attention to it, and construes, classifies, categorises, systematises, narrativises, and—most importantly—tries to understand it. Condemnation would be too easy, ignoring the problem: war exists and always has. While people believed in the so-called “end of history” in the early 1990s after the Cold War, Martin van Creveld (born in 1946) had the courage to swim against the tide and believed the total opposite: war had a future.1 What the grand old man has to say is therefore worthy of note. The Israeli scholar has published tens of books about war history and strategy, of which several have been also published in Estonian.2 In the spring of 2016 he visited Tallinn, gave a talk at the Estonian War Museum’s military history conference, and talked about his then soon-to-be-published book, which should supplement Sun Tzu’s The Art of War and Clausewitz’s On War.3

The author’s goal is to talk about matters which the military classics by Sun Tzu and Carl von Clausewitz did not tackle (admittedly these are the giants on whose shoulders we stand): they talked about warfare, but not about the reasons or larger objectives of war. Neither did they write about connections between war and the economy, and they said little about military technology, reconnaissance and logistics. They did not ignore training, organisation, discipline and leadership, but their views are not without their issues. They did not cover naval warfare, not to mention—for obvious reasons, of course—air and nuclear warfare or asymmetric conflicts. These are the gaps Creveld starts to fill in his book.

At first, such an approach seems artificial. Why is it necessary from today’s perspective to oppose opinions that originate from hundreds (Clausewitz) and thousands (Sun Tzu) of years ago?—especially when the author admits that no two military conflicts are alike and war is a natural part of human history that has changed through time and continues to change. Still, the key lies in Creveld’s denotation that, while Sun Tzu and Clausewitz are valued because they provide guidelines or directions to military leaders for planning actions, his goal is to understand and prepare the ground for further discussion, not to provide a list of maxims to follow. Creveld has presented his considerations on the nature and causes of war, the connections between war and the economy, the different levels of war from political leaders to soldiers, leading military conflict, technology, operations performed at headquarters, and logistics, and illustrated this with plenty of examples from history.

As for the causes of war, Creveld has disregarded the traditional ones, and tries to give a cultural explanation involving human nature and society, but also communication. In so doing, Creveld tries to confute commonly held beliefs and warns about simplified approaches: war is not something that just happens. Neither can war be explained by somebody—Hitler, for example—just being evil: no man is an island and no leader or commander can do whatever they want however they want for as long as they want. Creveld stresses that the word “war” should not be used lightly—war is characterised by organised violence.

Creveld confronts several clichés: for example, that war gives rise to technological innovation. He agrees that war often releases flows of cash and other resources for development, but innovation does not have to be economically advantageous; for example, a new type of sword or musket had their advantages in waging war but did not create any new technology which would have aided the growth of economic welfare. Tanks are important combat vehicles, but their intended purpose is limited. Would computers, nuclear energy, the internet and GPS have emerged without World War II? Was it economically feasible to develop bombers first and adapt them later for civilian use as passenger planes? The research and development of military technology in wartime actually postpones peace.

Not all the ideas expressed in this book are new. For example, Creveld points out that neither Clausewitz nor Sun Tzu says anything about training, although he doesn’t say anything significantly novel either and repeats generally accepted principles: although drill, as it is, carries no direct importance in performing tasks on the battlefield, it is still a relevant component of training, because it teaches the individual soldier and units how to perform a task automatically and perfectly down to the smallest detail. Some ideas are familiar from Creveld’s other books: for example, a passage on war and games repeats that, if war results from a specific policy, the precondition for games is the very absence of a policy.

The book is a generally easy-to-read modern consideration of war, which ponders the different aspects of war, illustrating them with examples from the past and present. Creveld’s so-called dispute with Clausewitz and Sunzi can be viewed as the narrativisation, dramatisation and framing of his general approach to military theory. Creveld has classified and systematised war with a linguistic metaphor—creating the grammar of war. Yes, everyday language can be picked up through experience, but grammar must be studied. For Creveld’s contemporaries, this book is certainly easier to read (for shortness alone) than the works of Sunzi or Clausewitz. The book should be compulsory reading for officers, national defence officials and politicians. It is also engaging material for people with no military-related interests and, like the two classic works, can be used as a management textbook. Were the book translated into Estonian, it would enrich the domestic philosophical debate on war and allow a wider readership in Estonia to gain access to it; but without state support the publication of such works is rare. Regrettably, the series Mõte ja mõõk and its successor Riigikaitse raamatukogu, which helped to translate many military classics into Estonian, are no longer published.

2 Estonian editions of van Creveld’s books are: Sõja tulevik (2006) (The Transformation of War); Sõda ja logistika (2008) (Supplying War: Logistics from Wallenstein to Patton); and Sõjamängud (2015) (Wargames: From Gladiators to Gigabytes).