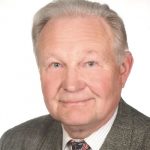 Conquerors should not pass judgment on the conquered

I recently read an article by Moscow professor Aleksei Makarkin on Russian president Vladimir Putin’s surprisingly high interest in history.1 My attention was caught by the vote cast by Hindu lawyer Radhabinod Pal, a member of the Tokyo War Crimes Tribunal (1946–8), in favour of exonerating the accused. Pal stated that conquerors should not pass judgment on the conquered.

This argument provoked me to enquire further and read more about Radhabinod Pal and the Tokyo tribunal. I hoped to find some useful message for today’s insane world, where hundreds of false nuclear warnings are recorded every year, not to mention other dangers and wars. The breadth of this field is signalled by the length of the dissenting opinion Pal submitted to the tribunal, a total of 1,235 pages. The occupying forces proceeded to ban the text.

I was, of course, aware of the Tokyo tribunal, which had followed the Nuremberg trials, but when I had spent six months conducting medical research in Tokyo, no one—either in the Soviet embassy or among the people I became acquainted with and close to at the time—mentioned it. Similarly, I did not sense any hostility between the states, from either the Soviet or the Japanese side, though I was aware that the Japanese did express regret for Japan’s aggression, which had caused so much suffering for other peoples, not to mention the Japanese themselves.

People also voiced their condemnation of Emperor Hirohito, saying he had not done enough to restrain his generals. The palace balcony, where he made an appearance with his family at every hour on his birthday, had been bullet-proofed. A live topic at the time was the lack of a peace treaty with the Soviet Union, as such an agreement had already been successfully signed with China. There is no peace treaty to this day. However, the Soviet ambassador to Japan at that time was Dmitry Polyansky, whose good side Estonians had seen when he was the USSR’s Minister of Agriculture. Upon his return to Japan from Moscow in the summer of 1978, Polyansky relayed foreign minister Andrei Gromyko’s wish to the diplomatic corps that war should be avoided in all cases. At the end of the following year, Soviet forces invaded Afghanistan.

Point 10 of the Potsdam Declaration called for stern punishment of all Japanese war criminals and, when Japan signed the instrument of surrender, the government had concurred with this. General Douglas MacArthur, commander-in-chief of the occupying forces, appointed 11 justices from 11 countries (Australia, China, Canada, the USSR, the US, the UK and others). One of them was Radhabinod Pal, a member of the law faculty at the University of Calcutta, India, which was part of the British Empire. It is significant that Japan was not represented at the tribunal. The trial of 29 Japanese war criminals was held in Tokyo from 1946 to 1948. There were 818 public sessions. In 2015, Nikolai Nevsky wrote that the tribunal was more of a political than a legal body, meaning that the charges had already been prepared prior to the trial.

The statements of charges outlined general charges and specific accusations for each of the defendants. As at the Nuremberg trials, there were three categories of accusation: a) crimes against peace, which were applied to Japan’s highest leadership as the planners and executors of a war of aggression; b) accusations of genocide; and c) crimes against humanity, which were applicable to all levels of the Japanese regime.

Seven defendants were executed by hanging in December 1948. All surviving defendants had died in jail or been paroled by 1956. One of them later became foreign minister; another, minister of justice. Japan’s military ideologue, philosopher Shūmei Ōkawa, was exempted from punishment because he had been declared unfit to stand trial. At the opening session he had put on a psychiatric “performance” and a British psychiatrist assessed that he was not of sound mind. Later on, in prison, he wrote his memoirs and translated the Koran into Japanese. The Emperor and his family had immunity, which was also extended to the developers of a bacteriological weapon, who had passed information regarding experiments on human subjects to the war’s victors.

Let us now consider Radhabinod Pal’s arguments against the tribunal’s verdicts on the war criminals, to the extent of the information I have been able to find. The first was mentioned by Aleksei Makarkin: conquerors should not pass judgment on the conquered. This position or principle is not generally applied in history. On the contrary: the winner takes all, and more besides. During triumphal processions in Ancient Rome, the conquered were publicly humiliated; the Versailles Treaty was clearly unjust towards Germany, making it easier for Hitler to come to power; when the USSR occupied Germany, Soviet forces were given three days to rape and pillage, and everyone in Estonia knows of some example of this.

Secondly, Radhabinod Pal claimed that, as crimes such as preparation for a war of aggression and crimes against peace and humanity were defined by the Allies after the end of World War II, these could not be applied to events that preceded their formulation. This requirement is correct in every way and requires timely legal intervention, but it cannot erase the crimes themselves.

Thirdly, the judge treated the bombing of Nagasaki and Hiroshima with nuclear weapons as savagery on the part of the US, making it equivalent to Nazi war crimes. The danger of nuclear war is here to stay. Will it be so for all time? Even Estonia has been the target of a friendly nation’s nuclear missiles, but fortunately we were not aware of this. Some time ago, I saw on YouTube an underground command post to be used in the event of nuclear attack, located somewhere between Narva and St Petersburg. Even the hermetically sealed iron doors with their bolts and other sealing devices felt threatening. And this was only one command post.

Fourthly, holding a natural person liable for a state’s actions (in other words, the question of whether a natural person is responsible for breaching international norms under criminal law). I will refrain from commenting on the topic because I borrowed this phrase from Arnold Sinisalu’s 2012 doctoral dissertation, “Mõjutustegevuse piirid rahvusvahelises õiguses” (Restrictions on Subversive Leverage in International Law). Clearly, Sinisalu’s comment would be more pertinent than my own.

There are certainly many mistakes and weaknesses in Radhabinod Pal’s activities during the Tokyo trial. Clarifying these was not my primary goal. However, the world’s interest in him has not diminished, since articles and books about him continue to be published. At any rate, he had the incentive and courage at the Tokyo tribunal to draw attention to its shortcomings, and thus he decided to bring more fairness to justice. In 2007, Takeshi Nakajima of Hokkaidō University wrote a book2 in which he states that Pal was very severe towards Japan, but his criticism of the US was also very serious. For him all imperialist powers were part of the same gang.

What were the origins of Pal’s resoluteness and sense of justice? I have no certain answer, and can only draw some inferences. Pal was born in 1886 and grew up in Bengal, which at that time was part of the British Empire; today it is divided between Bangladesh and India. Nobel Prize winner Rabindranath Tagore (born 1861) was from the same region. Both were Hindu nationalists, as was natural for residents of a British colony. This same nationalism led to India’s independence in 1947. It is possible that Pal was drawn to the statements of one-time Indian emperor Ashoka, who converted to Buddhism and pacifism and devoted himself to spreading Buddhism after the bloody Kalinga War (ended c. 261 BCE). The resultant new international relations led to an increase in trade. Ashoka’s edicts were deciphered some time before Pal began his studies.

Radhabinod Pal studied, like Tagore, at the University of Calcutta, which was the closest available university within India’s borders. The Japanese did not invade India, and thus Pal did not have personal experience of their savagery. However, he might have had similar experiences related to British colonialism, and thus he was firmly opposed to imperialism and colonialism. Let us recall Vasily Vereshchagin’s painting of the execution by cannon fire of Hindu rebels in 1884. It is said that today interest in Pal is falling in India but rising in Japan. There is a monument to him in the Yasukuni Shrine, where victims of war are commemorated, and another one at the courthouse in Calcutta.

I have another unanswered question: could the stipulation by Friedrich Fromhold Martens, an international lawyer born in Pärnu, have had an influence on Pal’s actions? The “Martens Clause” states that “populations and belligerents remain under the protection and empire of the principles of international law, as they result from the usages established between civilized nations, from the laws of humanity and the requirements of the public conscience”.3 Kerli Valk and Rene Värk have written at length on this clause.

A connection with Martens cannot be ruled out, because he was well known internationally. However, his clause did not spare the residents of the city of Pärnu from the pillaging, burning and repressions of World War II, about which Enn Säde writes in his book Kadri-Katariina. If associations of international lawyers applied the Martens Clause more often, perhaps there would be fewer war refugees from Syria or Africa.

In conclusion, it is useful to remember what Leo Tolstoy wrote to the Universal Peace Congress at Stockholm four years before the beginning of World War I:

Dear brothers, as I face the final days, even hours, of my life, there is something of which I want to remind you. Namely, we have no need of leagues and congresses of emperors, kings, or commanders-in-chief of armies, nor discussions at such congresses about how to administer the lives of other people. Only one thing is important: to fulfil the well-known, acknowledged law of love toward God and our neighbour, which can in no way coincide with making preparations to kill, and actually killing that neighbour.

Filed under: CommentaryTagged with: Asia, Miscellaneous