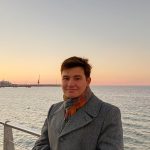 Russia’s illegal war in Ukraine has had profound impact on European and transatlantic security organisations. NATO has taken steps to strengthen its own deterrence and defence posture but, recognising the risk that the war may become or be portrayed as a NATO-Russia conflict, has carefully avoided a direct institutional response.

The EU Member States have, by contrast, acted collectively against Russia, notably in implementing robust EU-wide sanctions and in using EU instruments to finance the delivery of lethal weapons to Ukraine. Through these actions, the EU has gone some way towards strengthening its geopolitical posture as envisaged in its most recent strategy document, the Strategic Compass.

In this short series of briefs, we examine some aspects of the EU’s response to Russia’s war in Ukraine. The first brief looks at the Union’s immediate response to the war: its direct assistance to Ukraine and its sanctions against Russia and Belarus. The second considers the EU’s longer-term efforts to enhance European military capabilities through initiatives adopted and proposed in the light of the war. The third brief considers France’s 2022 Presidency of the Council of the EU, a presidency whose term was dominated by Russia’s war in Ukraine and whose successes in EU defence matters were somewhat overshadowed by President Macron’s high-profile attempts to broker peace. The final brief looks at Denmark’s decision to abandon its opt-out from the Common Security and Defence Policy which, while not as significant as Finland and Sweden’s decisions to join NATO, will bring greater strategic coherence to northern Europe.