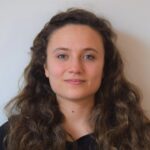 Notwithstanding the geographical distance separating Italy from the Arctic, Italy has gained a relevant position in the Arctic debate, mainly thanks to its scientific efforts and investments in the region. Estonia, on the other end, is very much closer to the region, being surrounded by Arctic states, and is currently seeking to strengthen its involvement in Arctic matters.

So, why is it beneficial for Estonia to look at the Italian experience in the Arctic? Well, Italy is currently one step ahead of Estonia in their “race to the north”: since 2013, Italy has been an Observer in the Arctic Council, a position which Estonia is aspiring to be in.

Looking at the Italian experience and interests in the region could provide Estonia with some insights in this regard, since the main contribution of both countries to the discussion at the Arctic Council level is based (and plans to be based, in the case of the Baltic country) on scientific expertise.

Italian Presence in the Arctic

Italian interests in the region have historical roots, dating back to the oceanographic explorations of the end of the 19th century and the promotion of scientific research, that saw Italy establish the multidisciplinary research station Dirigibile Italia on the Svalbard Islands. Italy is one of the first signatory states of the United Nations Convention on the Law of the Sea (UNCLOS), which Estonia ratified in 2005, as well as one of the first states to recognise Norway’s sovereignty over the Svalbard archipelago with the Spitsbergen Treaty of 1920.

Thanks to the diplomatic and scientific effort shown towards Arctic matters, Italy has been granted the status as Observer in the Arctic Council since 2013, a role that puts Italy in a favourable position to forward its interests in the region. In the role of Observer, Italy has pledged to respect the sovereignty of the Arctic states and the international laws applicable in the region, to protect and promote traditional indigenous culture and values and to contribute to the economic development of the Arctic in line with environmental protection standards and the sustainable development goals.

The interests of Italy in the Arctic region run along three main levels. Above all, it is the will to maintain a primary role in the scientific research and observations promoted at the international level. Secondly, Italy is showing interest at the economic and commercial level, with established companies investing in the region and willing to transfer know-how. Last but not least, the position as an Observer offers Italy diplomatic and political leverage to be part of the growing discussion on the Arctic region.

Since 1997, the Italian base Dirigibile Italia, a multidisciplinary research centre managed by the National Research Council (Centro Nazionale di Ricerca, CNR), has been active in the study of the different components of the Arctic environment, through three observation platforms dedicated to the observation of climate change and marine monitoring. The Italian action in the region is coordinated by a specifically established task force made up of different Ministries, research institutions, universities and the private sector.

The Tavolo Artico, established at the Ministry of Foreign Affairs and International Cooperation (MAECI), is a consultation group connecting the Ministry to the main national stakeholder with updates received through being an Observer in the Arctic Council. Such interest at the scientific level has been recently confirmed and financed by a specific law, that has set up and regulated the Programma di ricerche in Artico (PRA, Program of research in the Arctic) for 2018–2020.

Scientific research is also supported by the armed forces. The Italian Navy is currently involved in the High North 2020–2022 campaign, an oceanographic campaign in the Arctic Ocean led by the Hydrographic Institute of the Italian Navy, in collaboration with national research agencies and the NATO Centre for Maritime Research and Experimentation.

Looking at the economic level, big Italian companies have had a success story and are currently involved in local activities in the Arctic region. This is mainly due to their cutting-edge technology, advanced extraction skills in hostile environments, the excellence of the navigation sector, combined with the selection of highly specialised personnel and the involvement of locals in the workforce. All these elements have awarded Italian companies with the leadership in the innovation sector and in the technological experimentation in the Arctic, which is and will benefit Italy both economically and strategically.

The Ente Nazionale Idrocarburi (ENI) is one of the most active Italian companies in the region, operating mainly in the Barents Sea through the Goliat platform, the “largest cylindrical floating production storage and offloading unit for oil production in the world”.

Other Italian companies operating in the region include Finmeccanica, Fincantieri and the Leonardo Group. Such companies are important for the commercial interests of Italy in the Arctic region. In fact, with the warming climate and the melting of the ice cap, new commercial routes in the High North are closer than ever to be exploited as alternative trade routes. For Italy, this could mean a reduced interest in the Mediterranean route, with investments moving from the South to the North of Europe, with important economic consequences for Italy.

However, if looked at from another perspective, this could be beneficial to Italy in terms of diversifying investments. For example, Fincantieri has already built an icebreaker for the Norwegian Polar Institute, and with the increased accessibility of the Northern routes it could increase its investments in the region. Moreover, Italy has had a primary role in satellite monitoring through the technologies of the Group Leonardo-Finmeccanica, which are monitoring human activities and environmental phenomena taking place in the Arctic. It had been foreseen that by 2020 the e-Geos (a Telespazio and the Italian Space Agency joint venture) would have provided the EU Copernicus programme with 6,000 satellite images covering about 190 million km² of the region, in addition to the 100 million covered in the period 2011–2014.

Hence, even though new commercial routes will be more and more accessible due to climate change, Italy could still forward its economic and commercial interests through these companies, contributing to offering different security services, linked to military routes, geolocation and support to search and rescue operations, which represent the main challenges in fully exploiting the Northern Sea Route.

Italy, since the creation of the Arctic table in 2011 and its participation in the Arctic Council as an Observer in 2013, has shown a growing interest in taking part in the discussion on the Arctic. To make this interest official, in 2015 the Ministry of Foreign Affairs published some guidelines, the main goal being to strengthen Italy’s role in the geopolitical dynamics of the region and to form the basis of the Italian strategy for the Arctic.

Italy is also reinforcing its bonds with key Arctic players through bilateral agreements, in addition to taking part in international accords as an EU and NATO member. And Italy is also among the EU countries that are advocating the most for a more involved EU policy in the Arctic since it has direct interest on the matter and its position would be strengthened if supported by a general EU action in the region.

Estonia shares Italian aspirations of having a seat at the Arctic table. Scientific and cultural competences are the main instruments for Estonia to achieve it. What Estonia lacks is an Arctic strategy, funding, and programmes for coordinating Estonian research and development efforts in the region. Here, the Italian experience could come into play, providing an example of a (mostly) success story of a non-Arctic country reaching a privileged position in the Arctic debate.

Italy’s involvement at the diplomatic and scientific level, reinforced by its attitude towards the Arctic people, traditions and environment, and its neutrality towards current Arctic disputes allows it to represent an intermediary and an advisor, without being perceived as a competitor to the primacy of the Arctic states.