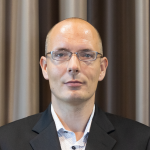 German Chancellor Olaf Scholz is scheduled to lead a business delegation early in November—the first visit to China by a Western leader since the outbreak of the Covid-19 pandemic nearly three years ago. As the high-level official is only preparing to embark on his journey, the trip has already caused significant concern both in Germany and abroad.

The West has been struggling to adopt and maintain a more united front towards the People’s Republic of China (PRC). Meanwhile, the PRC’s government has redoubled its efforts to upend the geopolitical status quo. Today, hardly anybody would question China’s determination to reshape the rules-based world order in a way that would be beneficial for the authoritarian system domestically, where the Communist party has accelerated the crackdown on basic freedoms.

Beijing’s increasingly hostile behavior towards Taiwan—especially following U.S. House Speaker Nancy Pelosi’s visit to the island nation in August—must serve as the most vivid example that China has, indeed, taken a more aggressive and bellicose posture on the international stage. Meanwhile, on the home front, Xi Jinping cemented his dictatorial rule during the 20th National Congress of the Communist Party of China in October, when China’s top decision-making body—the Politburo Standing Committee (PBSC)—was reshuffled and packed with Xi-loyalists. Not only will the regime become more autocratic, but it will also challenge—if not overtly defy—the already fragile balance of power in the world.

Chancellor Scholz’s visit to Beijing is scheduled to coincide with another pivotal foreign policy development that is bound to have profound economic and security implications for the years to come. Berlin has recently agreed to sell a stake in the port of Hamburg’s container terminal to COSCO Shipping Ports Limited, a Chinese shipping conglomerate. Hamburg is home to Germany’s largest seaport, a global trade hub, and now a ‘gateway’ to China’s New Silk Road (formally known as the Belt and Road Initiative). Despite considerable national security concerns, Chancellor Scholz—coincidentally Hamburg’s ex-mayor—endorsed the deal. Therefore, COSCO Shipping Ports will acquire a 24.9 percent minority stake in HHLA Container Terminal Tollerort (CTT, Hamburger Hafen und Logistik AG’s subsidiary).

Political analysts and China experts alike have repeatedly warned of the major risks Chinese investments in critical infrastructure pose to countries’ security. While building intermodal connectivity between EU ports and the Eurasian cargo rail network, they argue, China’s ultimate goal might be to redraw global trade patterns and re-align transport routes. “Gaining access to foreign deep-sea ports is a critical geostrategic asset when it comes to projecting the country’s development and governance model on a global scale,” researcher Gisela Grieger said in an EU policy brief.

The deal, however, has not escaped criticism from Germany’s political leaders and intelligence agencies. For instance, President Frank-Walter Steinmeier warned against becoming too dependent on China and advocated for pursuing closer ties with economic partners in Southeast Asia instead. In addition, Hamburg’s Die Zeit newspaper published an open letter to Olaf Scholz signed by fifty-five German sinologists. They appealed to the government sounding the note of caution about the “political risk for Hamburg and Germany that far outweighs the hoped-for economic benefit.”

Svenja Hahn, a Member of the European Parliament from Germany’s Free Democratic Party, also condemned the decision to “place parts of critical infrastructure in Chinese hands.” She castigated it as “a serious strategic mistake.” The Chinese Communist Party (CCP) “successively bought into European ports,” she lamented stressing that the CCP, however, outlawed foreign ownership of Chinese ports. “Cooperation with China is not a partnership of equals,” MEP Hahn concluded. Professor Rolf Langhammer at the Kiel Institute for the World Economy agreed with such an assessment. He believes that “China’s long-term strategy could be to seize control of the entire supply chain in Europe, both digital and maritime,” and fears that “China could get a competitive advantage or start abusing its economic leverage.” NATO’s Secretary General Jens Stoltenberg urged awareness about “the risk of China controlling critical infrastructure.”

It is worth noting that COSCO has provided logistical assistance to the People’s Liberation Army Navy (PLA) escort operations in the Gulf of Aden. Being a state-owned enterprise, “COSCO has provided material transportation services for the PLA escort officers and soldiers for many years, effectively fulfilling the tasks assigned by the government,” one of the company’s Chinese-language reports says. Furthermore, COSCO was instrumental in transporting Russian oil to China after exports from Russia had been sanctioned following its invasion of Ukraine, thus providing economic succor for the aggressor.

Beijing aspires to gain control over critical infrastructure in Europe as part of its ambitious 21st Century Maritime Silk Road project (MSR). In this effort to increase global power and influence, the port of Hamburg plays a crucial role. Such direct and unrestricted access to the European market would give the PRC a secure foothold in the region. China’s COSCO already owns and manages Piraeus Containers Terminal S.A. in Greece’s largest port. Moreover, it has stakes in terminal operators in several large ports throughout Europe: Antwerp-Bruges (90%) in Belgium; Valencia (51%) and Bilbao (39.51%) in Spain; Vado Reefer (40%) and Vado Container (40%) in Italy; Rotterdam (17.85%) in the Netherlands; and Kumport (26%) in Turkey.

With the controversial port sale set to proceed (coupled with the planned takeover of Elmos, a Dortmund-based chip producer, by a Chinese-owned company), Chancellor Scholz will have some excellent news to bring to his counterparts in Beijing and forge closer ties with the communist regime. What is being overlooked, however, is how big of an economic clout the PRC now wields in Europe and what long-term security implications to the EU will arise from the misguided political decisions of today.

It is important to remember that China’s investments only serve its own interests. Thus, Europe’s political establishment must heed expert advice from academic and intelligence communities.