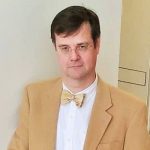 When I taught a large class on “Diplomacy” at the University of Tartu from 1996 to 2005, I could still use a text by Sir Harold Nicolson of the same title.

Nicolson had written that classic account in 1939, and the last version—the one I used, published in 1988—was still not significantly updated.1 This was possible because neither the practice nor even the theory of diplomacy had changed significantly since then, either. Several future diplomats, Estonian and otherwise, took this class during the decade, and their feedback has been that this was a very useful account indeed.

Fifteen to twenty years later, however, this would not be possible. Our lives have been taken over by ICT, and if identity means a cohesive set of memories, then our smartphones are more “us” than we ourselves are. And for a decade now we have no longer spoken about a “virtual” world here and a “real” one there, because they have collapsed into the same one. In the public sphere, eGov—now digital governance—is the paradigm for our times, an issue that needs no belabouring in Estonia where it has become the first national priority; and while digitisation is often not transforming government but just digitising it, in the field of foreign affairs (and diplomacy, which implements it) we seem to be witnessing a real difference from previous times.

Yet geopolitics remain, and remain prominent, as can easily be seen in Estonia, and existential threats to country and physical person are in fact at the root of many digital innovations that try to change the discourse or create survival strategies in the face of a potentially overwhelming enemy. Any discussion about the “end of the (nation-)state” and the creation of digital counter-concepts is best understood, I would suggest, in and through this context as, for now, such an end would in all likelihood lead to a dystopian “time of the tribes” reloaded, rather than to a global society.

So, what has really changed? The globe has truly become smaller, and communication has become much easier and faster; yet this is nothing new, just a logical extension from such game-changers as the transatlantic telegraph cable and steamboats, although Skype and the like do make a difference. What is more important is that the human individual has become more global (we can watch Thai farmers harvest live and interact with them whenever we want) and more local at the same time: news, information and networks at the small-community level, including highly dispersed communities, are the norm now, so they are much more resilient than they used to be, especially as our sympathies often (and rightly) lie with them. The nation-state, the central unit of diplomacy and foreign affairs, has therefore, it is true, come to be somewhat on the identity defensive, without—again—losing any of its key role of the general avoidance of death and enabling the good life; reform rather than abolition, evolution rather than revolution are called for. Arguably, then, at the present moment, the task of classical diplomacy and foreign affairs is one of reassertion.

Unfortunately, three classics—all with a less than liberal and more realistic bent—seem to have entered the discourse at this point: Carl Schmitt, with his assertion that politics is ultimately about blood and space; Niccolò Machiavelli, with his insistence on the importance of propaganda; and Thomas Hobbes, with his argument that governments cannot be expected to pursue goals that would lead to their own demise. Where do normativity and ethics stand when we look at this trio? Digitisation has its own dynamic, but one can say that most experts now agree that eGov is like MSG: it emphasises tendencies a particular government already has. More democratic or liberal regimes become more so, and less ones less so, rather than better, because of the incredible potential for coercion and control that ICT has. Realism, looking out of the window, suggests that decontextually pursuing normative goals in the world as it exists may lead to regrettable consequences.

In diplomacy, what we observe is a quantitative change that is almost qualitative in nature: negotiations at the national level are today almost completely unimportant; key questions are discussed by heads of state or responsible ministers face-to-face or at least phone-to-phone. The two central tasks of 21st-century diplomats are now, first, public-relations skills (to advertise one’s country in the host nation), meaning that social media presence, events, school visits and so on become the ambassador’s core activity; and second, what a truly embedded diplomat can deliver on the policy side is genuine information about what’s really going on in the host country and why, because—as always, but digitally reinforced—even the “nicest” countries have the tendency to project images of themselves that are only loosely associated with reality. The two tasks are connected: the more I genuinely network—and not only in those circles paid to network with me—the more I can know and report back home. Ironically, perhaps, this means a return of the old courtier diplomat so familiar from the 19th century: memories or old Hollywood movies, as a caricature of the suave gentleman—and the shady lady—subtly trying to sway opinion at court and among the population, while at the same time attempting to find out “what is really happening”. It is often the case that paradigm shifts bring back discarded older models, as an innovation is something that is new only in the current context, not necessarily in historical terms, but transformed: today, diplomats must tweet.

In respect of foreign affairs in general, it is important to recognise that ICT and the digitisation of the world do not replace geopolitics, but they have become another hard fact—indeed an absolutely crucial one—that is now part of the equation. Life today is not entirely digital, but it is significantly so, and it is on this insight that diplomacy and foreign affairs must be premised if they are to succeed in whatever their mission is defined to be.

This essay is based on a lecture given at the Myanmar Institute of International and Strategic Studies in Yangon on Easter Monday 2018; here it is put into the specifically Estonian context. It is part of TTÜ’s Digital Governance Competence Center initiative, headed by Robert Krimmer.

1 A digitised version of an early edition can be found at archive.org/details/in.ernet.dli.2015.14552.