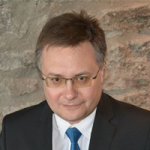 With every passing day, the Collective Security Treaty Organization (CSTO) only proves its bankruptcy.

The CSTO’s Charter declares that the Organization “shall be strengthening of peace, international and regional security and stability, protection of independence on a collective basis, territorial integrity and sovereignty of the Member States.” “The Member States shall co-ordinate and unite their efforts at struggle with international terrorism and extremism, illicit trafficking of drugs and psychotropic substances, weapon, organized transnational crime, illegal migration,” it adds.

However, it remains unclear to what extent the CSTO can deliver on the stated goals. The Organization has never participated in any military conflicts. Drug trafficking in the territory of which it is supposed to be in charge has only soared, while illegal immigration has surged. The only precedent of a peacekeeping mission the CSTO has on its record dates back to January 2022. Then, Kazakhstan’s President Kassym-Jomart Tokayev requested the allies’ assistance amidst the anti-government riots erupting.

The CSTO never evolved into a credible alternative to NATO in the manner the Warsaw Pact was in its time since it failed to acquire one fundamental characteristic—i.e., an automated mutual defence system. When, in fact, it is the crisis situations where the reliability and effectiveness of a collective defence are tested.

Prime Minister Nikol Pashinyan of Armenia, who presided at the CSTO, even lamented that while his country had been fighting the 44-day war against Azerbaijan, the allied assistance had never materialized. Armenia had a legitimate follow-up question: why did the “Russian peacekeepers” leave at the very time when Azerbaijan had launched a new offensive and was threatening to inflict a crushing defeat on the country?

Hardly was the CSTO managing the hotbeds of tension in Central Asia either. Among them, the simmering border dispute between two Member States—Tajikistan and Kyrgyzstan—deserves special attention. The perpetual crisis is decades-old and has not yet been defused.

Furthermore, the menace from Afghanistan, posed by the Taliban, has not disappeared. The Kremlin is beware that were it to abort an agreement with the Taliban, the latter could attack neighbouring Tajikistan. It would subsequently compel Moscow to fulfil its binding commitments under the Charter. Were Russia to wriggle out of its allied commitments to Tajikistan, exploiting the loophole it had already used during the Nagorno-Karabakh war in 2020, it would undermine the entire structure of the CSTO.

The inter-alliance disputes do not stop there. Some CSTO members sold Azerbaijan weapons that the country later used in its war against Armenia. For instance, Belarus delivered the “Plonez” rocket artillery system to the Azerbaijani Armed Forces. Fierce debate within the CSTO stems from tighter military cooperation between the individual Member States and Turkey, who also lent significant assistance to Azerbaijan. Should the trend continue, Russia would lose its monopoly as military-technical assistance provider, which would result in damage to the CSTO’s overall reputation.

The declining interest in Russian weapons is also attributed to the fact that, after having completed the withdrawal of its troops from Afghanistan, the US remained willing to supply some of the stock to the Central Asian states. It testifies to the CSTO’s weakening positions and inherent faults in the Organization’s founding Charter.

Dubious is the transparency of Russia’s “allied intentions”. Moscow has already demonstrated how it treats its allies. The 2022 Saint Petersburg International Economic Forum saw President Tokayev categorically refuse to recognize the pseudo-republics of “LPR/DPR” publicly. In response, Russia promptly ordered to halt oil exports from Kazakhstan and suspended transit via the Caspian Pipeline Consortium. However, as soon as Kazakhstan sought help from the US, the suspension was lifted. In the following weeks, President Tokayev instructed the government to “create favourable conditions for the relocation of international companies” that had left the Russian market.

Some specific developments may condition the Kremlin to designate Kazakhstan as a new territory to “export chaos”, using the term coined by Vladislav Surkov, a former aide to the Russian president. He believes that Russia—as the heir to the empire and a major global geopolitical actor—enjoys an exclusive right to “export chaos” to the neighbouring states in order to relieve internal tensions that have mounted domestically over the years.

The Russian Feet of Clay

The war in Ukraine has exposed Russia’s strategic, operational, and tactical impotence. Generally recognized as an aggressor state, it saw severe economic sanctions imposed on it by the international community, which, in turn, could not but tarnish Russia’s reputation within the CSTO itself. President Vladimir Putin’s quest for new allies sent him on a journey to Iran to negotiate with President Ebrahim Raisi in person. That high-level visit was, effectively, a sign of desperation. Putin’s mission in Teheran was not to demand but rather to beg for military-technical support (UAVs) and abetment to circumvent the technological embargo (electronic devices, microchips, and defence industry technology).

All these factors combined disqualify Russia from competing for the role of the sole security guarantor for the CSTO member states. The CSTO itself should only be considered a prerequisite for Russia to preserve its legacy military facilities in the post-Soviet space. The latter include the Gyumri military base (Armenia); the Baikonur Cosmodrome and the Sary Shagan anti-ballistic missile testing range (Kazakhstan); the Kant Air Base and the torpedo testing base on Lake Issyk-Kul in Karakol (Kyrgyzstan); the 4th military base and the optical-electronic complex Okno (Tajikistan).

Hardly have any integration or alliance-building projects that Russia championed in the former Soviet republics ever succeeded. Furthermore, the reality on the ground shows that the Russia-led organizations have utterly failed to reverse the main underlying trend of our times—Russia’s diminishing influence in the post-Soviet space.