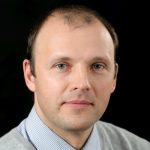 ICDS is introducing a series of policy briefs “Germany and the Security of the Baltic States”. In the first brief, introducing the series, Toms Rostoks sets out in broad terms what Estonia, Latvia and Lithuania would like Germany to contribute to Baltic security and assesses the prospects for achieving this.

Germany plays a major role in the security of the Baltic region and, especially, of the Baltic states. Although the Baltic states would favour Germany taking an even more prominent role, there are obstacles to this due to its very different views on issues such as military power, Russia and European defence integration. Germany’s military power is, by policy choice, limited. Its willingness to use that power, even for the purposes of deterring Russia, is still more limited.

More broadly, Germany seems to assume that the worst excesses of Russia’s behaviour can be tamed through dialogue and interdependence. European defence cooperation, however, offers an opportunity for Germany to build a stronger military without raising concerns about its actions. In the long term, the Baltic states expect Germany to play a robust role in the region and to more efficiently counter Russia’s policy, but in the short-term their objective would be to ensure that Germany’s commitments to their security do not decrease.