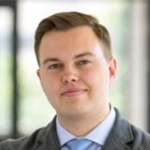 In the second brief in our “Germany and the Security of the Baltic States” series, Justinas Juozaitis considers Germany’s contribution to NATO from a Baltic perspective and looks at what might change under Chancellor Olaf Scholz.

Germany’s contribution to NATO’s collective defence and deterrence, including in the Baltic region, is substantial, but does not match what might be expected given its economic strength. The Bundeswehr already struggles to meet its commitments to the Alliance and recent increases in the defence budget have not translated into major improvements in capability. Germany will most likely not meet in full the promises it has made to enhancing collective defence. Even then, the new government will have to face decisions that will be unpopular with the public, and within their own coalition.

Germany’s continued political support for deterrence in the Baltic region will likely continue, but its own military contribution will probably be smaller than promised.

Download and read: Brief No.2. Baltic Perspectives on Germany’s Role in NATO (PDF)