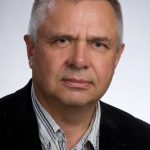 The style is neither scholarly nor popular-scientific, but rather essayistic. There are no footnotes, bibliography or indexes. Friedman’s analytical level is not high, and his attempt to look at the world as it is tends to remain descriptive. As an author Friedman purports to be a forecaster. At the beginning of the 1990s, he predicted the escalation of global tensions, resulting in war between Japan and the US. When Trump came to power, Friedman predicted that this would not have a major effect on the outlines of US (foreign) policy. Today we can see that the 45th US president has made significant changes within the country, as well as in current understandings of global international relations.

The text is quite readable, and it is rife with striking expressions and aphorisms. According to the author, the reason for writing the book was to try to answer the question of whether Europe has overcome its internal conflicts, which have lasted for thousands of years. Looking ahead, we can see that Friedman’s answer to this question is an unambiguous “No!”. A united Europe is an impossible mission, because the European Union lacks the ability to guarantee people’s well-being and security. But why even pose the question in such terms, given that, in today’s world, can anyone guarantee people’s well-being and security? It would be much more apposite to ask how the biggest messes can be prevented; and for this purpose, the EU has been the best bet up till now.

The author grumbles continuously about Europe, and points to its destructive self-centredness. His venomous attitude towards Germany and the Germans is particularly striking. In US history, extreme anti-German feeling has prevailed during major wars, allegedly caused by German militarism. Friedman believes that underneath this there is a particular intellectual bent in Germans that undergirds so-called romantic nationalism. Even through Grimm’s fairy tales, Germans are inculcated with beliefs that they are victimised, that they are clever, that they do not tolerate injustice, and that therefore they are prepared to fight against it mercilessly. According to Friedman, these attitudes are more pagan than Christian, and Hitler was one of the chieftains of German paganism (p. 100).

In Friedman’s account, World Wars I and II form a continuous period of 31 years, during which Europe was totally destroyed. This is not an original statement. It should be noted that this view makes the 1920s and 1930s seem like a temporary historical prank, beginning with Hitler and Stalin and leading to strange nation-like constructions that inevitably had to come to an end. With our Tartu Peace Treaty and the Estonian Republic created in 1918, Estonians are placed in the same category.

However, this is an untenable position: the long period of peace that began in 1945 and continues today led, at the beginning of the 1990s, to the restoration of the political situation of the 1920s and 1930s. Of course, this took place in different circumstances, such as the integration of Europe and the American presence. Those interwar realities that have not yet been restored continue to be the source of tensions. For example, we can imagine how much more peaceful and stable Europe would be without the powder keg of Kaliningrad.

Friedman believes the decline of Europe followed an era of unprecedented well-being while imperialist Europe rode on the back of the world. Many westerners thought they had arrived at the gates of heaven. In reality, they were in the preface to hell (p. 20). Friedman thinks that the European empire, which began to emerge in the 15th century, ceased to exist in the 20th (p. 52). Europeans had become so unnatural and splintered that their moral compass broke (p. 82). In such statements one can clearly see the signature of Spengler’s idea of “the decline of the West”.

However, things have got worse and worse, and by the beginning of the 21st century Europe had become both a weak and a rich region, which was the most dangerous thing in the world. Friedman does not tire of criticising NATO, which in his judgement has become pointless and moribund. A few pages later Friedman seems to describe NATO as posing an existential threat to Russia. He supposes that the fear Russian leaders feel towards NATO and its expansion is justified. The problem for him as the author is that these two claims cannot both be right.

Here we come to an important point that applies to the book as a whole. Although Friedman never overtly states that he is polemicising Huntington’s account of culture and civilisation, Friedman’s general point of view contradicts that of Huntington. This can already be seen in Friedman’s definition of Europe as a peninsula that continues as a mainland. The cultural boundary between Europe and Russia (the so-called Huntington line) is only a border zone between the European peninsula and the European mainland (p. 21), which in turn forms part of the Eurasian mainland as a whole.

The author tries to artificially attach regions (Russia, Turkey) that do not organically belong to Europe or the West. The fact that a great deal has happened in European history in relation to these regions does not prove anything. Today’s imperative is to do the utmost to keep the misery and calamity coming from Russia’s and Turkey’s direction at bay. One can imagine what would await Europe, that tiny peninsula, in a Eurasian Union extending from Lisbon to Vladivostok, with no effective barrier against an influx of problems from Russia’s eastern and southern borders. Huntington’s paradigm gives clear answers to why Turkey and Russia could never belong to the EU, and why Turkey is the most problematic member of NATO. If the idea of Russia as a NATO member, proposed at the beginning of the 1990s, had been fulfilled, it is clear that the organisation would no longer exist.

Friedman believes that the EU is being broken up into its original components, and that today we can already perceive four European unions: the German states (Germany and Austria), the rest of the northern European states, the Mediterranean states, and states in the border zone (p. 279). Friedman considers the Baltic states only from the position of Russia: that is, they are dangerous. These countries seem to have two realities. On the one hand they are not Slavic, and the people are Scandinavian. At the same time, they harbour a time bomb that the Russians can activate at any moment—the Russian minority, which sees itself as hated and discriminated against (p. 214).

How Friedman knows how the Russians in the Baltic region really feel remains unexplained. Instead a scenario occurs to him of how Russia provokes a conflict, resulting in the occupation of one of the Baltic states (p. 214). Help will certainly not come from NATO, because it now lacks sufficient power. This way of thinking would fit well in a B-category action film. Or perhaps in the arsenal of psychological warfare, helping maintain tension in the border zones of the empire.

However, Friedman tries hard to distinguish between Europe and America, which in his view are different civilisations. A European’s view of life is totally different (p. 23), because the people of Europe are made of different material than the people of the United States (p. 283). Friedman maintains that the culture and values of Europe and America have developed in different directions in all areas, from education to table manners (p. 115). Such a position causes despair in people who have a bit more knowledge of culture. This is because Europe and America have a common base of values—in Christianity, which in principle can never disappear. Just as, in global terms, Europe cannot get by without America, the latter should also fear the strategic isolation that awaits a country whose leaders are unable to distinguish friend from foe.

For Friedman, the period of peace from 1945 to 1991 was not Europe’s achievement; rather, it was imposed by Americans and Russians. The continuation of peace from 1991 to 2008 was a step forward for Europe but, as time goes on, Europe will be put to the test. War in Europe will be caused by ongoing and deep divergence of interests, in a situation in which the consequences of abstaining from war are more severe than those of starting one. Reality is geopolitical (pp. 274–5). However, there are no conflicts of interest within Europe that will culminate in war any time soon. In today’s Europe, even Brexit means years of negotiation about the separation between the EU and the UK, and not even in the worst-case scenario could this imply military conflict with the British. Here we can see why Friedman insists on talking about Turkey and Russia as parts of Europe: dangers coming from these directions are indeed real, and not hypothetical.

Friedman concludes the book with an unfettered and accusatory tirade directed at Europe. Indeed, Europe’s original sin is blind nationalism, which, despite repeated failures and attempts to heal, will haunt it forever. In the depths of European souls, fears and hostilities continue to fester, even though they can remain in the background for a while, only to burst forth again unexpectedly. It is specifically those values on which Europe’s past power was founded that will continue to destroy it. Friedman does not particularly appreciate the EU’s efforts to bring the destructiveness of nationalism under control and convert it into creative energy.

Europe continues to be troubled by Faustian problems: the lust to own everything, even at the price of its soul. Today Europeans lust after owning everything, without paying the price. They want to be victorious, but not to take risks. They want a complete sense of security, but do not wish to defend themselves (p. 280). Since the Great War, Europe has lived the good life, continuing to do so after the disintegration of the Soviet Union. But this is about to change, for every good thing exacts a price that someone has to pay. The EU, however, cannot and will not pay.

In her analyses of totalitarianism, Hannah Arendt reached the conclusion that the most unphilosophical of things will be eternal—fear of force often turns into bowing before force, and, in turn, to glorifying it. The discourse of power that forms the background to Friedman’s geopolitics is real politics in terms of values and authoritarian in content: “the strong do what they can and the weak suffer what they must”.

In this book, Friedman’s endeavour to be maximally objective turns into utter subjectivity. But who knows—perhaps it was primarily intended to be provocative?

1 George Friedman is known as the founder of Stratfor, an organisation dealing with security analysis. He currently heads the think-tank Geopolitical Futures, specialising in geopolitical forecasts. GF endeavours to remain consistently non-ideological, assuming that geopolitical developments are directed by impersonal forces, not ideology or anyone’s caprices. Liberal democracy can only survive if there is a learned public, which GF endeavours to support.