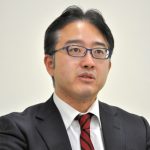 Tokyo does not want the Cold War back.

Over the last two decades, it has often been pointed out that Japan’s policy towards China has become increasingly tough. Many researchers argue that Japan has strengthened its balancing strategy against China through a diplomatic offensive and measures such as increasing its defence budget and changing the legal platform in the “Peace Constitution”. In addition to territorial and historical issues, they argue, Japan is wary of losing its status as a major power in the international community and regional order. There is an argument that strong nationalism and even the return of Japanese militarism should be considered. Analysts of Japanese-Chinese relations emphasise that the strategic confrontation between Japan and China will not be neutralised.

These interpretations have certain limitations in explaining Japanese-Chinese relations and Japan’s foreign and security policies. First, the relationship between Japan and China has been restored even despite the history issue and the political confrontation over the Senkaku Islands. It is true that Japan has not relaxed its guard against China. Over the past three years, however, the two governments have come to terms and significantly improved relations. Before the Covid-19 pandemic changed the political schedule, since the spring of 2017 the two governments had frequently held top-level meetings, and succeeded in some substantial easing  of tensions. A state visit by Xi Jinping to Japan planned for this spring has been postponed, but it is still likely that Japan’s government will host him in a few years’ time.

While Japan’s national security policy has undergone significant changes in recent years in terms of the defence budget, equipment, and reinterpretation of the Constitution relating to the right to collective self-defence, the Japanese government has been promoting cooperation with Beijing. In addition to third-country cooperation in aid policy, Tokyo is promoting negotiations on the proposed Regional Comprehensive Economic Partnership (RCEP) free-trade area that include China, and it is not excluding the possibility of Chinese participation in the Trans-Pacific Partnership (TPP). Although Japan is not a member of the Asian Infrastructure Investment Bank (a Chinese initiative), it intends to coexist with it while maintaining the tradition of providing the president of the Asian Development Bank (ADB) and promoting the rules of quality infrastructure. Assuming that Japan’s China policy is balanced, maintaining Japan’s status and satisfying nationalism, certain things remain to be explained.

What are the objectives of Japan’s diplomacy towards China and how should we explain the development of Japanese policy in recent years? It is indisputable that the alliance with the US remains crucial for Japan, but is Tokyo’s approach to China consistent with US policy towards Beijing?

This essay argues that the goal of Japan’s foreign policy has consistently been to maintain the regional order through stability and interdependence, and that the promotion of rules and norms, the Japan-US alliance, and diplomacy towards China have been identified as important means of achieving this goal. Its defence policy is merely one part of its efforts to stabilise the environment through deterrence. While its defence policy emphasises its preparedness against regional contingencies and the integration of the Japan Self-Defense Forces and US military services, Japan continues to pursue a policy response that takes account of the reality of regional socio-economic integration. Some policymakers candidly explain that solidifying the relationship with Washington is useful in managing and pressuring Beijing. In essence, Japan’s foreign policy has aimed at “stabilising” the situation through economic and rules-based engagement and multifaceted diplomacy.

Japan seeks stability rather than status. Stability is the virtue in Japan’s strategy. This way of thinking is not always the case with policy planners, since each engages in their own responsibility of diplomacy in bureaucratic silos, crafting Japan’s diplomacy for each bilateral and functional agenda. However, it is clear from the practice of recent diplomacy that Japan’s foreign policy is not intended to change regional stability for the sake of ideologically motivated goals or bilateral pressure from Washington. From this perspective, China is not yet seen as an existential threat but, rather, as a neighbour destined to seek co-existence, but which could also become the greatest potential destabiliser.

Japan has certainly competed with China. At the beginning of this century, the two governments were serious rivals in the politics of Asian regionalism, in addition to dealing with historical issues. In 2010 and 2012, Japan saw the clearer risk associated with rising Chinese power and aspirations, over the Senkaku Islands. Faced with China’s maritime expansion, Japan was more conscious of its homeland security, and the proximity to rising China creates a gap between Japan, other Asian countries and the non-resident powers. Asian policymakers were seriously concerned about globalists in the Obama administration setting the US foreign-policy agenda. The recent article by an anonymous Japanese official, “Y.A.”, in The American Interest1 is a good example of frustration among Japanese policymakers over Obama’s China policy, especially in the second term.

However, while Japan has been much concerned over its territorial and historical issues, it does not fully appreciate the virtue of confrontation between the US and China as much as Y.A.’s article insists. Like Europe, Asia is divided over the Trump administration’s confrontational China policy and Japan’s public support for the American position in some key areas such as 5G telecommunications, while it keeps quiet about worries over Washington’s approach which could underminee its leadership and reliability in the eyes of allies and partners. Following the outbreak of Covid-19, the Trump administration’s criticism of China is becoming more ideological and assertive, and Japan’s worries persist. These include fears over the US-led decoupling efforts to push Chinese firms out of the global value chain, in which many Japanese companies produce and deliver intermediate goods as a part of the supply-chain network. Japan is not changing its support for the US-led order, nor does it support hedging in the sense of swinging between American and Chinese leadership. It simply fears that the loss of American leadership will result in a leaderless international order where its interests cannot be sustained.2

The essence of Japan’s historically grounded approach towards China is to engage, exchange, and maintain dialogue to work out differences over aims, preferences and actions. Military and diplomatic pressure has recently been overemphasised, and the author fears this makes it difficult to grasp the big picture of Japan’s strategic thinking. There are several good analyses, however. For example, Sheila Smith argues that Japan’s policy towards China was a process of “adaptation” to Chinese growth. Richard Samuels points out that the dream of Japan’s strategists is to combine East Asian integration with the Japan-US alliance. However, many recent newspaper and journal articles on Japanese foreign policy omit such balanced perspectives, simply focusing on Tokyo’s change of policy. Japan has not lost its desire to deal with the problem through a combination of engagement, pressure, open regionalism and global governance.

Inclusive order-building is another good example of Japan’s approach. Tokyo has proposed a Free and Open Indo-Pacific (FOIP), and it is to be understood in this context. As the author of this essay argues with Tomohiko Satake in another paper:

unlike the commonly held view that the FOIP symbolizes Japan’s containment posture toward China under the Abe government, Japan’s FOIP vision aims at maintaining an open and inclusive regional order that incorporates all regional countries into a common framework. Rather than directly targeting at a particular country or excluding it, it aims at strengthening resiliency and connectivity of the region so that it can successfully accommodate the rise of China in the future. To that end, Japan has accelerated its efforts in defense, economic, and diplomatic terms to establish a free and open regional order with other like-minded countries.3

In reality, Japan continues to deepen a range of functional cooperation with China and other regional states simultaneously, and proposes new rules in key areas, such as reliable free data flow. Tokyo even asserts its approach officially as rules-based bridge-building between the US and China. Without the Chinese presence, most efforts will not succeed. As Prime Minister Abe Shinzo asserted in Beijing in October 2018, Japan’s interests lie in changing from confrontation to a cooperative relationship. It hopes never to see another Cold War in the region.

Most Japanese believe that China must change. As Akio Takahara, Japan’s leading expert on China, argues, Beijing does not understand the harsh public perception of China in Japan and the fact that it has been exacerbated by China’s behaviour. In the East China Sea and the South China Sea, China is trying to fix the current situation by negotiating with other countries while challenging the status quo over the last decade. There is a fundamental lack of understanding among Chinese policymakers that such behaviour is creating unrest in the region and creating a hostile environment towards Beijing.

Japan’s constructive and inclusive approach requires a response with a substantial outcome. That is why Takahara insists that Japan and China should jointly send a message for peaceful order-building when Xi Jinping’s state visit to Japan eventually takes place, and he even proposes that Xi should speak of his intention to cooperate to achieve FOIP.4 A promise by China’s leader to halt maritime activity would also help to reassure the region. Given the weight of China and Japan in the balance of power, such a bilateral development would reshape the regional political landscape. A forthcoming, not yet rescheduled, summit between China and Japan would be a good litmus test in Japan’s search for order and stability in Asia.