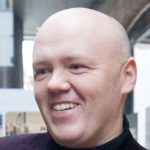 On 30 January, ICDS held a seminar to present its latest report, “Women in the Estonian Defence Forces: Motivation, Attitudes, Experiences and Challenges”, authored by Andres Siplane and based on a survey conducted among members of the EDF. The report was published in Estonian, English and Russian, with support from the Swedish Ministry of Foreign Affairs.

The seminar was opened by Linda Nilsson from the Swedish Embassy in Tallinn, who highlighted the importance of the topic to Swedish foreign policy, and by Hannes Hanso, Chairman of the Riigikogu(Estonian Parliament) National Defence Committee, who stressed that Estonian society and the EDF must remain ambitious in setting goals for openness, inclusion and equal opportunities for women in military service.

The presentation of the report was followed by a brief overview of women’s recruitment and retention challenges in the Swedish Armed Forces, provided by Johan Österberg, researcher and lecturer at the Swedish Defence University, who demonstrated that Sweden faces many similar issues to Estonia and urged not only that studies be continuously carried out but also that action is taken on their findings. Laura Toodu from the Estonian Ministry of Defence gave her perspective as an expert on military service issues and a reservist who underwent conscript service herself. She pointed out that military service is a physical, psychological and cognitive challenge to both men and women and that gender does not predetermine success or failure. However, the defence establishment certainly must do more to adapt its policies, procedures, infrastructure and equipment to be able to increase the number of women serving in the military.

During the panel discussion and Q&A session, seminar participants raised issues such as the need to stress not only utilitarian arguments for greater inclusion of women in the military but also to advance it on the basis of the principle of equal treatment and equal opportunities in society. The lack of strong and credible voices from within the military advocating gender equality and inclusion, shaping the attitudes within the profession and, especially, leading public opinion, was particularly highlighted. For instance, the general public remains against making conscript service mandatory for women (as for men) rather than voluntary, while the defence establishment is unwilling to pursue this policy—practised in countries such as Norway, Israel and Sweden—referring to society’s lack of readiness to accept it.

The seminar concluded that much work remains to be done—in terms of conducting research, developing sensible policy recommendations and enacting organisational and societal change—in order to ensure that women in military uniform, and at all ranks, become a familiar sight in Estonia.