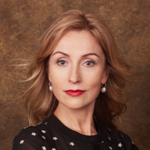 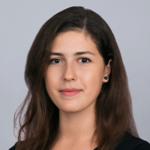 In the third brief in our Germany and Baltic Security series, Margarita Šešelgytė and Emilė Indrašiūtė examine Germany’s approach to the EU’s Common Security and Defence Policy and the broader question of Europe’s strategic autonomy and consider whether Germany’s policies align with Baltic views.

Following Russia’s 2014 illegal annexation of Crimea and intervention in eastern Ukraine, Germany not only strengthened its contribution to NATO’s collective defence and deterrence, but also took a greater role in shaping EU security and defence policies, a field it had previously shied away from. Germany’s involvement was instrumental in ensuring that the EU’s Permanent Structured Cooperation was implemented in a form that is more palatable to Estonia, Latvia, and Lithuania, and that the debate on European strategic autonomy was broadened and blunted to be more in tune with Baltic positions.

Germany’s policy positions on European defence are unlikely to shift dramatically under Chancellor Scholz. Estonia, Latvia, and Lithuania will continue to look to Germany to balance France’s ambitions during its Presidency of the European Council and beyond.

Download and read: Brief No.3. Germany’s Position on CSDP: Is There Anything for the Baltics? (PDF)