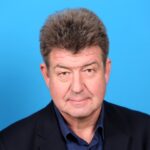 In Roosta village like the last 14 years. In 20 years, 2100 students have passed the course: members of the Riigikogu; senior state officials and military personnel; leaders of local governments, and business and social organisations; journalists; educational and cultural workers. Two future Prime Ministers and Commanders of the Defence Forces, heads of churches, chief medical officers and many, many other good Estonian people have participated in the courses: https://krkk.icds.ee/kursused/.

Throughout the years, the course plan has been essentially the same. We give an overview of Estonia’s security, defence and foreign policy, the general set up of the national defence and the legislative environment, Estonia’s activities in NATO and in the European Union, national defence cooperation and international collaboration. What is the essence of the magical two percent of GDP on defence or how the jam gets in the candy, as we say in Estonia. The main part of the courses is group work, where different crisis situations are dealt with similarly to the challenges to be solved by the government.

“After this week-long course, you are smarter in defence issues than I was when I took office,” one recent Minister of Defence said, handing out certificates after the courses.

In order to recall the acquired knowledge, we have six times offered follow-up courses for alumni. We hope that a tradition of an Estonian National Defence Conference will originate from this, the first attempt of which should take place in October this year. Five times, the courses have been conducted in Russian. With two modules, spring and autumn. Target audience: opinion leaders of the Russian-speaking population in Estonia. Mainly from Ida-Viru County and Tallinn but also from rest of Estonia.

Four years ago, we started to livestream the courses from Roosta to Tallinn to enable in addition to 50 people in Roosta, 20 participants at the International Centre for Defence and Security in Tallinn to follow the programme.

Under the auspices of the ENDC, the Special Defence Course for Cyber ​​Experts and the National Cyber ​​Defence and Digital Courses take place for the fifth year.

The impetus for organising national defence courses came from Finland, where a similar tradition lasts since 1961. Today, however, we are sharing participants between two courses and two countries.

Just as Tallinn will never be finished, the courses will go on. This is thanks to the devoted organisers, mostly to the voluntary team and to our alumni, whose positive feedback to society spurs the same spirit.