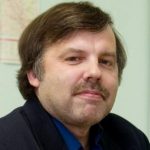 The importance of International Relations as an independent discipline has often been underrated in Estonia’s public policy discourse.

A commonly held notion deems it a “big boys’ game”, with no place for representatives of a small country. I argue that many people providing public commentary on international relations see the discipline in a rather one-dimensional way on the basis of their domestic policy and/or ideological objectives, not being actually capable of finding their way through the maze of different interests, cultures and customs. So this work is welcome in our book market, not only to fill the gaps on the long shelf of university textbooks in Estonian but, hopefully, also because it has great potential for educating the general public. We see the uncultivated virgin soil in the culture of fear that emerges from the explanation of many key issues in international affairs on which people cannot grasp why international powers act in the way they do. Why was the UN migration pact created and what should Estonia’s attitude towards it be? How do environmental issues, including climate change, affect the international community? Why were international organisations established and what can they offer to small states? These are but a few examples of questions to which answers can be found by a thorough examination of this book.

An Estonian textbook on international relations should have been published 20 years ago, but better late than never. Although Estonia has successfully sold itself as a liberal and innovative small state—Toomas Hendrik Ilves even wanted the world to count Estonia as a Nordic state—our society has remained rather closed off and conservative, similar to other Central and Eastern European countries who, when emerging into a liberal world following the fall of the Berlin Wall are now having notable problems adjusting to the world around them. It is perhaps because of this that Estonia’s foreign policy has become seriously stuck in the 19th century and for many—facing the multidimensional issues of a modern globalised world—this leads to frustration and hopelessness. It often seems as if Estonia’s foreign policy is constrained by a single idée fixe—our eastern neighbour, Russia. But international relations are something broader, and over the horizon there is life which significantly affects the world around us and where the painful divorce of our neighbours is but a drop in the ocean.

International Relations is a fairly young academic discipline, introduced exactly 100 years ago when the British industrialist and politician, David Davies, established the first chair in International Politics at Aberystwyth University in 1919. This, of course, does not mean that earlier thinkers didn’t ponder related questions, but they did not do so systematically and international relations were considered part of political philosophy. After World War II, the centre of gravity on IR research migrated to the other side of the Atlantic, i.e. the United States, which is why the discipline is today strongly influenced by Anglo-American thinking.

This book could be bedside reading for young officials taking their first steps on a career ladder in diplomacy, as well as for every ordinary citizen who has a greater interest in the field of international relations. The case studies illustrating the chapters make complicated issues in international affairs more comprehensible to the reader. Positive features include glossaries explaining international relations terminology and a list of publications and databases that can be used to complement the basic knowledge gained from the book with more comprehensive information.

A separate category is formed by the theories of International Relations, which could be compared to different art movements or literary styles. Just as one must consider the stylistic preferences of the artist when admiring a piece of art in a museum, assessments of international affairs are affected by a theoretical framework, i.e. how this or that researcher pictures the world. Rationalist theories (realists, liberals, Marxists) try to explain the world in either static or evolutionary terms, based on the principles of natural sciences. Reflectivist theories (constructivists, critical theories) see the world from the perspective of individual actors and attest that everything in the world is constantly changing. The distinctive characteristic of this discipline is the multi-level theoretical debates, where positivists argue with post-positivists, realists with liberals, neorealists with both (neo-)classical realists and neoliberals, with all of them trying to prove the validity of their theoretical perspective. This is, and always will be, an everlasting fight, comparable to a debate between political parties in which nobody has a guarantee for having found the absolute truth.

In many respects, this textbook approaches the subject of international relations from the point of view of Estonia, with all its distinctive characteristics deriving from its cultural and historical background. The book’s special feature, which deserves to be singled out, is that, in addition to the usual subject matter belonging in the repertoire of a textbook on this subject, the final chapter is devoted to the topic of a small state in global politics—the importance of which has perhaps, in the context of Estonia, been overrated. In today’s world, the concept of a small state can be a fluctuating factor which in different situations can take on significantly different qualitative properties. Nothing in this world is static; the world is in constant flux. Although Russia’s military power places it among influential countries, in economic terms (let’s say nominal GDP) it remains in the second decile of countries. In the political context of the Middle East, small states like Israel and Qatar play a significant role. Or for a more curious example, the Vatican is one of the smallest countries in the world, but its influence is unquestionably greater than its size.