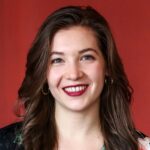 On 11 March 2021, a distinguished group of international researchers gathered in an ICDS webinar to discuss the current status of deterrence in the Baltic region.

Moderated by Tony Lawrence, head of the Defence Policy and Strategy Programme at ICDS, the discussion was based on Jonathan Vseviov’s analysis Constructing Deterrence in the Baltic States. Summarising his paper, Vseviov focused on three aspects that he argues are essential for Baltic deterrence to be credible: that a response to any aggression would be unavoidable, multinational, and inevitably result in the defeat of the adversary.

The discussion that followed (under the Chatham House rule) was centred around the question of what more is needed to improve the status of deterrence in the Baltic region, both military and politically.

The participants widely agreed that air and missile defence is currently the greatest military shortfall for credible deterrence, both in the Baltic region and the whole of Europe. As the procurement of sufficient numbers of air defence systems, such as the NASAMS (Norwegian Advanced Surface to Air Missile System) system currently being procured by Lithuania, is expensive for states in the region, Baltic air defence should be viewed as a NATO problem and also involve Allies such as Germany and the Netherlands who have already invested in this area.

Regarding the ability of NATO forces to reinforce the region, the need to “exercise to failure” was emphasised – because only by stressing militaries to the point of failure and viewing this as an acceptable exercise outcome will weak spots be discovered and addressed. In general, exercising reinforcement on a regular basis is a central requirement to be realised to strengthen deterrence. This issue is closely related to the need to fully establish and implement NATO’s response forces.

Nonetheless, NATO’s focus should remain on deterrence: deterrence needs to work to avoid situations in which the liberation of NATO territory becomes necessary. In this respect, NATO should create proper defence plans for the Baltic region – the current plans are perceived as merely plans to react to events created by an adversary. Credible defence plans for wartime situations would also communicate to any possible adversary the seriousness of NATO’s intent to defend the region.

This leads to a need for a robust deterrence communication strategy, which is central not only for deterrence in the Baltic region but for the credibility of NATO as a whole. This aspect should be addressed in the (likely) new Strategic Concept.

The importance of nuclear sharing arrangements and nuclear deterrence was also underlined, alongside a dual-track approach that seeks new arms control arrangements while at the same time taking steps to close the ‘missile gap’ that is growing, after the termination of the INF treaty, in the Baltic region and Europe more widely. But participants also noted the importance of NATO not being provocative in its actions, or simply mirroring Russia’s actions.