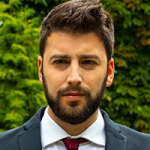 China has quickly become a world leader in the production, extraction and refining of rare-earth elements. With the geopolitical uncertainties stemming from China’s rise, plus the inevitable increase in the use of these elements due to the energy transition and the IT sector, the procurement of these critical materials is increasingly becoming a security issue.

The Alliance summit has finally formally acknowledged what has been evident for years: the increasing security risks the Western countries are facing from China. The geopolitical ambitions of the Asian giant, now extended on a global scale, have long since replaced the myth of non-interference with activities that “present systemic challenges to the rules-based international order and to areas relevant to Alliance security”.

In countering these risks, the transatlantic alliance faces challenges in one particular area. Here China represents a threat not only from a defence perspective but also from an economic one, as well as creating short- and medium-term problems for the post-pandemic recovery and the clean-energy transition process. This area is the security of supply of critical raw materials and, in particular, rare earth elements (REEs).

The immense growth of the IT sector, linked to technological progress itself, has meant that a wide range of everyday items, from smartphones to cars, have become increasingly complex due to the features they offer and the technologies needed to build them. This complexity is usually discussed regarding hi-tech components such as high-performance computer processors or 5G telecommunication equipment.

However, the complexity also extends to the raw materials needed for such items’ production. Prominent among them are the REEs, a 17-element group of the periodic table (including neodymium, praseodymium, and dysprosium). The wide spread of these goods in the production of hi-tech goods, superconductors, magnets, and the production of armaments (and more recently, the clean-energy industry) has made secure supply an important strategic objective.

The increase in the number of applications that require these minerals has considerably enhanced the demand for them; due to natural and economic conditions, they are difficult to find. Moreover, the not-so-recent domination of the supply chain by a single actor has created the need to diversify imports and, in some cases, to relaunch local extraction. Despite the recognition of this situation and the efforts made, the supply of the Western powers is still dependent on that actor: China.

China’s REE sector was born almost spontaneously during the 1950s, with the opening of the Bayan Obo mine in Inner Mongolia. Now the country has become a world leader in the production, extraction and refining of REEs, responsible for around 70% of global extraction. This figure includes the foreign activities and investments by some Chinese companies in Myanmar, which is the world’s third-biggest producer of REEs. More than 50% of Myanmar’s REE exports go to China.

The situation surrounding the refining process is not improving: the separation and refining of REEs is carried out by very few companies worldwide, without coordination or an international framework, and in most cases, far from the areas of extraction. Thus the Chinese companies have a competitive advantage.

Beijing’s foreign policy has taken advantage of this near-monopoly situation in various cases. The most significant was in September 2010, involving the historical dispute between China, Taiwan and Japan over the sovereignty of the Senkaku/Diaoyu islands. When the Japanese coast guard arrested a Chinese fisherman who rammed two patrol boats in the disputed waters around the islands in the East China Sea, Beijing cancelled bilateral diplomatic visits and blocked cultural exchange and travel initiatives, threatening further strong countermeasures. Among these was the (unofficial) blocking of exports of rare earth elements to Japan.1

In April 2020, Xi Jinping said that China needed to increase global supply chains’ dependence on it and “develop powerful retaliation and deterrence capabilities against supply cut-offs by foreign parties”. More recently, China has not too covertly threatened to cut exports of rare earths in response to the American company Lockheed Martin’s arms exports to Taiwan.

The vulnerability of the West’s REE supply became painfully clear in 2010, with the controversy between China and Japan. The use of REEs as an instrument of retaliation for a territorial dispute, added to the heavy protectionist measures adopted by Beijing, alerted the main importing countries to the fact that the supply of rare earths was unstable, if not completely dependent on a single producer.

The United States, the EU and Japan adopted national and joint strategies to reduce Chinese dominance in this field. These strategies focused on three pillars: diversification of global supply chains to mitigate supply risk; development of material and technology substitutes; and promoting the recycling, reuse, and more efficient use of critical materials.

The United States, following the formulation of the Critical Materials Strategy in 2010, has undertaken to relaunch its national REE industry. This strategy included a project for restarting production in the Mountain Pass Mine in California, which basically represents the only reliable domestic source of REEs and was closed in 2016 with the bankruptcy of the owner, Molycorp. Steps were also taken in the refining sector, when the same company (today Neo Performance Materials, or NPM) acquired the Estonian refining plant in Sillamäe in 2011, which now produces around 2–3% of the processed REEs in the world and is the main, if not the only, operative plant of this industry in Europe.

The European Union added rare earths to the list of critical materials in 2011, thus incorporating them into the 2008 Raw Materials Initiative. This was a strategy to help ensure reliable and unimpeded access to raw materials through three pillars of action: the sustainable supply of raw materials from global markets; the sustainable supply of raw materials within the EU; and recycling and replacement. On these objectives, the EURARE project and the European network of expertise on rare earths (ERECON) were established. Both are composed of several public and private entities and were set up to improve the security of supply of rare earths in Europe.

Japan, as a country specialised in the refining of rare earths into metals and alloys, as well as the production and export of high-tech components and products that use rare earths as input materials, is deeply concerned about this issue. Thus its national strategy has addressed the same issues highlighted in the United States and the European Union, with greater attention to the recycling and recovery of materials from disposed-of waste.

Besides these initiatives, the three main actors mentioned above are all promoting trade agreements and joint exploration projects with the main REE alternatives to China: Vietnam, Australia and India. So far, the situation has barely improved, mostly because private companies cannot counter the Chinese production quota system, which kept prices low to prevent the creation of new extraction sites. That is why the most recent responses are instead promoted directly from state bodies, like the US Department of Defence initiative with the Australian Lynas Ltd, the world’s second-largest extractor of REEs.

With the geopolitical uncertainties deriving from China’s rise, on top of the inevitable increase in the use of these critical elements due to the energy transition and the IT sector, the procurement of these critical materials is increasingly becoming a security issue. It is imperative not only for NATO but also for all Western countries to continue counterbalancing Chinese dominance, promoting a diversification of suppliers, and preventing REEs from being used as a strategic coercion instrument in foreign policy or to undermine the defence industry supply-chain resilience. It is also important for Estonia to protect its key position in the Western supply chain of rare elements and to promote the development of the related hi-tech industries of the value chain. In this way, Estonia could represent a “fertile land” and help increase its visibility and importance within the EU and NATO itself.