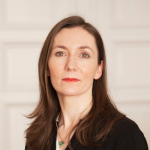 Europe needs to define its priorities and interests, improve its governance structures, improve its capabilities, and consolidate its defence industry, according to Senior Associate at the German Institute for International and Security Affairs Dr Claudia Major, former ICDS Senior Research Fellow Dr Pauli Järvenpää, and ICDS Director Sven Sakkov, who presented their report, “European Strategic Autonomy: Operationalising a Buzzword,” to a full house at ICDS on 13 November 2019.

European Strategic Autonomy (ESA) broadly describes Europe’s capacity to act; however, the concept is ill-defined and has become something of a buzzword. Claudia Major explained why this idea has recently captured the spotlight:

While there is no consensus on how to define ESA, Major argued that it could be described as the ability of European states to formulate their interests, and to make and implement decisions, perhaps with partners. It is also about Europe’s capacity to set, modify and enforce rules, rather than follow rules set by others. Sven Sakkov underlined that there is broad agreement that ESA is about autonomy to do something—to decide and act—not autonomy from the US. Major added that ESA is about Europe carrying a greater share of the security burden, but also hedging against risks.

The authors stressed that Europe needs to focus more on implementation and less on rhetoric. Major outlined the four dimensions of ESA proposed by the report, which they suggest can guide thinking on how to operationalise and make practical sense of it.

As long as Europe lacks adequate military capabilities, any calls for European sovereignty in defence matters will remain just rhetoric. The recent EU initiatives, PESCO, EDF and CARD, so far provide only for an incremental increase in defence capabilities. A considerable increase in defence investment is required if ESA is to become a reality. “Slow growth of defence expenditures (from a NATO Europe average of 1,47% of GDP in 2015 to 1,58% now) is encouraging but insufficient,” Sakkov said.

One lesson from European defence cooperation is that major programmes like Smart Defence and Pooling and Sharing did not work well. “Smaller formats, in which states choose according to their national interests, seem to deliver better results. PESCO is not yet a game-changer but has potential. Besides, the EU initiatives clearly show that the EU and the Commission aim to play a bigger role in defence,” Major said.

“The key question is one of mindset. For a long time, defence was not an issue for many states, and Europe was not seen as a player in the field by many members. This is shifting now from the realm of choice to the realm of necessity when it comes to defence investments and European capacity to act,” Major noted, continuing, “Several countries began to recognise that defence really matters again only after 2014-2015, but regenerating capabilities is a very long process. Another shift is one from the narrative of helplessness in the potential event that the US baulks at its security commitment to the narrative of proactive stance and ambition.”

Without The UK, ESA Would Be Toothless

According to Sakkov, central and east European countries would be willing to subscribe to ESA if it helps with transatlantic burden sharing, enables Europe to do more, and does not oppose US involvement. Sakkov also emphasised that an institutional formula needs to be invented to allow the UK to participate in ESA post-Brexit. Without the UK, ESA would be toothless.

The authors concluded by posing some tough questions relevant to the ESA debate:

We are grateful to the Konrad Adenauer Stiftung for their generous financial support to this project.