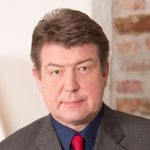 “We are constantly contributing 5% of the state budget to the development of Defence Forces ready to go to war not in the future, but if necessary, this evening. Is it logical to assume that if the Defence Forces must be ready to go to war today, figuratively speaking, the same crisis could come to the rest of the country and society in the years to come in a forthcoming state budget strategy period?” President Kersti Kaljulaid asked opening the first ever Estonian National Defence Conference.

Aggression, terrorism and Chinese financial influence were named as threats.

Internationally, Estonia’s defence capabilities are affected by relations with allies and the enhanced Forward Presence, warming relations and dialogue with Russia, and European Strategic Autonomy.

Minister of Defence Jüri Luik noted that the enhanced Forward Presence is not simply a public relations project. He also said that steps to improve relations with Russia would be drowned out as soon as words went into action.

Minister of Foreign Affairs Urmas Reinsalu emphasized that sanctions against Russia have worked, i.e. the situation in Ukraine has not escalated. He also said that Estonia has acted frivolously in response to the domestic politics of Estonia’s biggest Allies – the United States, Great Britain, and Poland.

The European army is an empty word, Sven Sakkov, director of the International Centre for Defence and Security (ICDS), said. In contrast, he believes that strengthening European Strategic Autonomy (ESA) is a serious issue. According to Sakkov, ESA means that Europe must be able to make political decisions if it is to ever take military action in its region. An ICDS report on this subject is expected soon.

We never know what the next crisis will be or when Estonia will be hit, but we must be prepared. This notion was underlined in the discussion on comprehensive national defence, an idea that not only refers to military and internal defence but also covers all of society. With a comprehensive understanding of planning and national defence, it is important to start conducting civil exercises so that people are trained and truly know how to react during a crisis. Communications expert Raul Rebane pointed out that the lack of a great unifying narrative is a vulnerability in Estonian society. It was once an aspiration for NATO and the European Union membership, but now those goals have been met.

“It is clear that we need to step up cooperation with our local governments and entrepreneurs in order to be better prepared for potential crises,” Ratas emphasized. “In the future, the effectiveness of our activities and resources, such as whether it is efficient for Estonia to have three fleets and three maritime observatories, will also receive increasing attention.”

20 years, 40 courses, over 2100 graduates – Madis Mikko, director of ENDC, summarized the two decades of work in those numbers. The ENDC has grown into a Russian-language national defence course, where, according to Mikko, participants are particularly surprised at how close the country can be to people. In addition, KÜDI, the advanced cyber security and digital nation course, is scheduled for this autumn. There is also a special course for IT professionals in the ENDC.

“Thanks to us, similar courses have been launched in Georgia and Lithuania,” Mikko noted.

“There was a very important link missing in this chain: our own platform for exchanging thoughts and holding discussions on what we do and why we do it,” Mikko explained, adding that the ENDC alumni are well equipped to evaluate, discuss, and improve Estonia’s state of affairs and developments.

Picture gallery from the conference