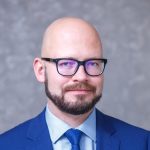 Ivo Juurvee, Head of Security and Resilience Programme at the ICDS, explained to readers of Eesti Päevaleht the life of a spy in the context of the recent documentary by Gints Grube and Jaak Kilmi, “My Farther the Spy”, which takes a look at the secret life of a Cold War double agent.

“If people have watched Bond films and made career choices based on it, but later it turns out they have to sit in a windowless office in front of the screen for eight hours, that’s not exactly what they expected,” Juurvee said. He has an example of the Cold War at hand. “Someone wanted to work for US intelligence. It turned out it meant sitting in a command centre that controlled the intelligence satellites. It wasn’t quite what was expected and that’s why the person started working with the Soviet Union.”

Read the full article in Estonian in the July 25 issue of Eesti Päevaleht.

Juurvee also contributed to the development of the scenario of the future domestic historical action film “O-2”, read more here in Estonian.

In November, ICDS and Juurvee will organise for the first time an international conference on intelligence history “Need to Know 2019” in Estonia.