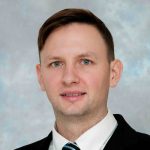 China’s latest offensive in Hong Kong has received the most attention, but the EU’s lack of action in response deserves just as much.

The proposed new security law seems to epitomise Beijing’s deliberate undermining of the Joint Declaration it signed with the UK in 1984, which was supposed to grant Hong Kong political autonomy for 50 years after re-joining China in 1997.

The planned extradition law that brought the people of Hong Kong onto the streets over a year ago promised to lower the legal barriers between Hong Kong and China and consequently would have seriously threatened the civil liberties that Hongkongers are accustomed to enjoying.

The national security law approved by the National People’s Congress on 28 May would extend China’s legal system to Hong Kong by bypassing the Special Administrative Region’s Legislative Council, in clear violation of the 1984 treaty. In addition, the vaguely defined violations of national security (separatism, subversion of state power, terrorist activities and outside interference) leave room for loose interpretation and consequently can be used to suppress civil liberties in Hong Kong. For example, under the planned law a political poem critical of China’s Communist Party could be deemed subversive and thus a threat to national security.

The international response to China’s offensive has been varied. The US threatened to review Hong Kong’s special trade privileges and the UK is considering granting extended immigration rights to up to 350,000 Hong Kong-based British National Overseas passport-holders. In reality both of these responses are signs of capitulation over the loss of freedom in Hong Kong, because the latter encourages the locals to give up the fight for civil liberties and leave, and the former diminishes the purpose of continuing to fight for the special status Hong Kong has so far enjoyed.

An even worse response comes from the EU, which has chosen its usual path of doing nothing, beyond expressing concern and continuing dialogue with China. Luckily the EU did not give up without a single shot being fired, as Sweden raised the issue of sanctioning China. Most worrisome is the deepening divide between the EU and its allies over China; when the EU was invited to join a joint statement on Hong Kong by the UK, the US, Australia and Canada, it refused.

The point is not that the EU should choose sides between its partners and China. Instead, the EU should do what is right, in accordance with its own values and interests. By doing nothing, the EU is passively tolerating China’s violation of an international treaty it signed and consequently is an accomplice in Beijing’s aggression. Besides deepening divisions between the EU and its allies, it also risks losing credibility by favouring economic relations over core values, which will be increasingly difficult to defend in the face of the coming economic crisis.