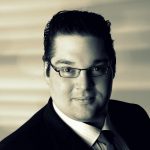 Germany’s Chancellor Merkel’s Christian Democratic Union (CDU) has recently released a security strategy ‘white paper’, in which it outlines the conservative’s vision for a German security reform. Though it has sparked an immediate backlash from many sides, including from the junior coalition partner, the Social Democratic Party (SPD), it still represents a logical next step in the incremental progression of German security policy since reunification. To understand this progression it is necessary to look at the post World War II history of German security policy.